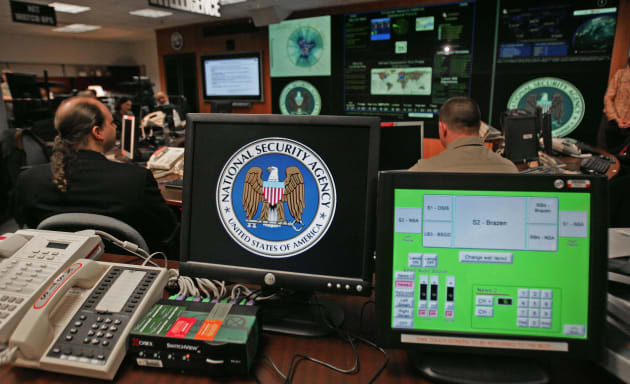 The Wikimedia Foundation is suing the US National Security Agency (NSA) for breaching Wikipedia users' privacy with mass surveillance techniques. It said that the aim of the suit is to "end (the NSA) mass surveillance program in order to protect the rights of our users around the world." The group maintains that the agency overstepped the limits set by the authority of the 2008 Foreign Intelligence Surveillance Act (FAA) amendments. It'll file the complaint in conjunction with eight other organizations -- including Amnesty International USA, Human Rights Watch and the National Association of Criminal Defense Lawyers -- and will be represented by the American Civil Liberties Union (ACLU).

Wikimedia started batting around the idea of suing the NSA with the ACLU last year following Edward Snowden's disclosures about the scale of the surveillance. It's specifically challenging the "upstream" spying that taps the internet's backbone and picks up all communications, including those by "non-US persons." By casting such a wide net, "the NSA is straining the backbone of democracy," according to the organization. It added that the spy agency massively overstepped the FAA limits by monitoring "people, platforms and infrastructure with little regard for probably cause or proportionality."

By casting such a wide net, "the NSA is straining the backbone of democracy."

The 2013 Snowden leaks showed that the NSA specifically targeted the Wikipedia online encyclopedia and it's half-billion users. Parent Wikimedia said that gives it "standing" to file a suit, since the foundation and its users suffered harm -- unlike a previous Amnesty International case that was dismissed for lack of a direct link. The foundation said that specific details of the final complaint will be forthcoming once the suit has been filed. On top of the Wikimedia suit, the NSA is also battling a complaint from the Electronic Frontier Foundation (EFF).

Source: Wikimedia Blog
Coverage: NY Times
In this article: ACLU, lawsuit, mass surveillance, NSA, Wikimedia
All products recommended by Engadget are selected by our editorial team, independent of our parent company. Some of our stories include affiliate links. If you buy something through one of these links, we may earn an affiliate commission.