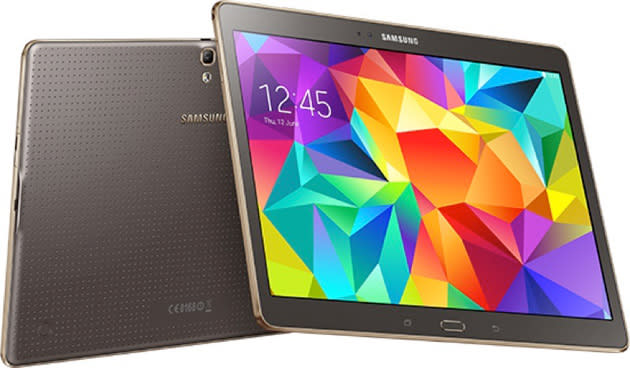 BlackBerry's first experience with tablets was more than a little traumatic, but it hasn't completely given up on the idea. The company's SecuSmart wing has teamed up with IBM to launch the SecuTablet, an extra-secure version of Samsung's Galaxy Tab S 10.5. Reportedly, the slate's included security bundle prevents sensitive data from falling into the wrong hands while allowing personal apps. Yes, you can watch YouTube on the same device that carries your classified documents. You aren't likely to find this in stores (certainly not at its $2,380 price) as a result, but ongoing German government tests hint that you may well see it in the field -- and there's a real chance that it will outlive its ill-fated predecessor.

In this article: android, blackberry, cebit, cebit2015, enterprise, galaxytabs, galaxytabs10.5, government, ibm, samsung, security, secusmart, secutablet, tablet
All products recommended by Engadget are selected by our editorial team, independent of our parent company. Some of our stories include affiliate links. If you buy something through one of these links, we may earn an affiliate commission.