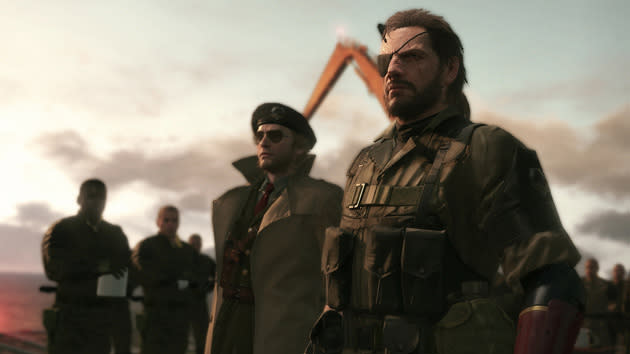 The creator behind the Metal Gear Solid game series, Hideo Kojima, may not be sticking around Konami for much longer... depending on who you ask. GameSpot sources claim that there has been a "fallout" between Kojima's studio and Konami that will have both the famed developer and his senior staff leaving after their contracts end in December, or a few months after Metal Gear Solid V ships. Supposedly, there have been "power struggles" that led to Konami reducing Kojima Productions staff to contractors, limiting their corporate contact options and giving them fewer chances to promote MGSV.

On the surface, there are a few things that support the rumor: Reddit members have noticed that direct references to Kojima have disappeared from Konami's website, and the company is steering people toward Metal Gear-branded Twitter feeds instead of the "Kojima_Pro_Live" account from before. Neither Kojima himself nor his studio have given public signs that something is amiss, although that wouldn't be surprising if trouble was brewing behind closed doors.

However, you may not want to bemoan the end of an era just yet. When asked about the situation, Konami says that its team, "including Mr. Kojima," will keep making and supporting Metal Gear games. While that doesn't preclude an exit at some point, it sure sounds like Kojima is still involved. Also, Kotaku notes that Konami recently began a restructuring program that puts things under a "headquarters-controlled system." The Kojima-less rebranding would make sense under this context -- Konami could simply be emphasizing that MGSV is one of its games, rather than handing a ton of credit to a single designer. We've reached out to Konami for further comment, and we'll let you know if it has anything more to add.

In this article: gaming, hideokojima, kojimaproductions, konami, metalgearsolid, metalgearsolid5, metalgearsolidv, MetalGearSolidVThePhantomPain, videogames
All products recommended by Engadget are selected by our editorial team, independent of our parent company. Some of our stories include affiliate links. If you buy something through one of these links, we may earn an affiliate commission.