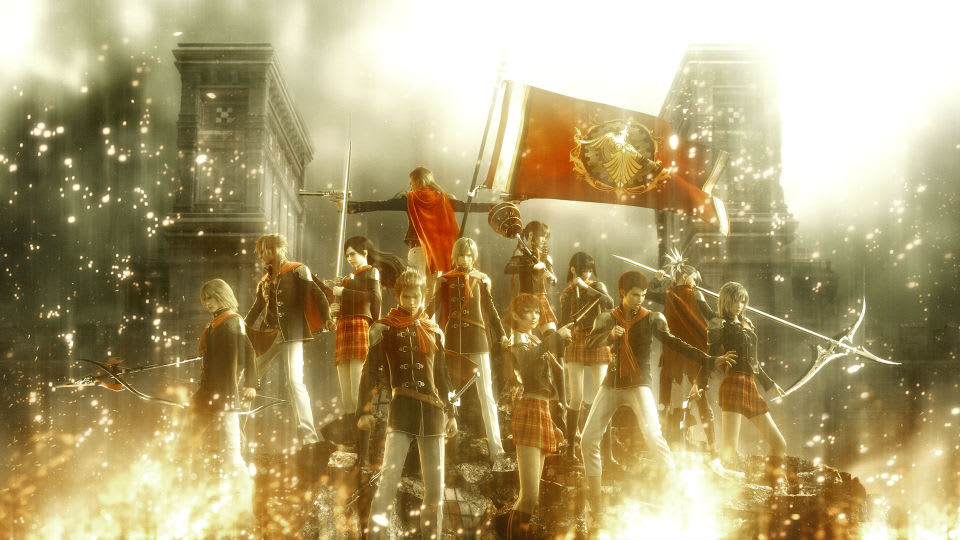 "I've never experienced war myself," Hajime Tabata, director of Final Fantasy Type-0, told me in an interview this past January. We were discussing why his new entry in Square-Enix's nearly 30-year-old role-playing game series often feels like a cross between The History Channel and Ridley Scott's Legend. "I haven't killed anyone or been killed. But through documentaries you can get a true feeling of fear and despair and the impact of war even if you haven't directly experienced it."

Type-0's greatest success is its documentary framing device; it adds surprising weight and dimension to what outwardly looks like a generic fantasy video game. The style doesn't stilt the story's emotional impact even though it easily could. The best game stories let you directly experience big moments in your characters' lives, but a documentary presents things after the fact and from a distance. Rather than drain the emotion, the almost banal narration and static images detailing an empire's destructive bid for world supremacy make the inherent silliness of Type-0's fantasy feel almost real. Unfortunately, though, these moments don't hold the whole thing together. Thinly drawn characters, the human element that could bind together Type-0's storytelling style and its strategic action, bring down Tabata's lofty ambitions.

Despite some significant departures, Type-0 still mostly feels like a Final Fantasy game: You guide a team of distinctive characters through a fantastical story, talking with people in cities, going on quests, and engaging in strategic battles to build up your characters' abilities. In this outing in particular, most of the time you're controlling a trio of magic-using soldier teens with fancy haircuts to fight off stormtroopers, sinister machines, and monsters. Rather than selecting commands from a menu while the good guys and bad guys take turns hitting each other, you run around freely, striking enemies with a basic attack, a spell or special move, and dodging away. 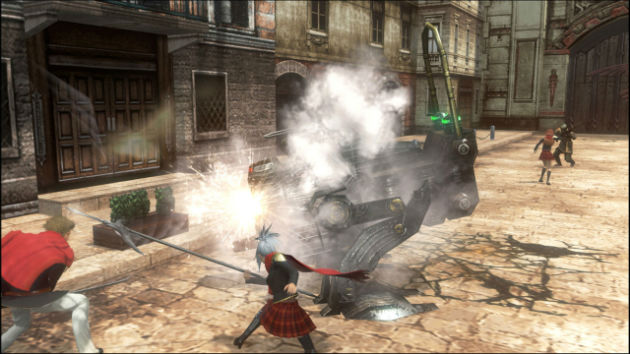 That action feels tight and furious as you try to repel imperial forces equipped with giant robots straight out of an '80s cartoon. Of the 14 characters you can control in Class Zero (your party's name), there's an impressive, instant feeling of variety. Pretty-boy Ace throws exploding playing cards; his pal Queen wields a rapier and casts lightning spells; and their shy friend Deuce rocks some serious bangs as she fights with a magical flute (yes, really.) They all feel physically distinct and switching between them in tight streets is as easy as flicking a button. When they're not fighting, they speak to each other in melodramatic clichés during surprisingly bloody scenes. This is all familiar stuff, the only difference being its brisk action, which is a welcome addition. Then the documentary scenes start and Type-0 feels like something distinct in the series.

An even-voiced narrator speaks over still images of strange violence and muted artwork as he tells the story of Orience, a world divided into four states, each one home to an enormous magic crystal. The crystals are the backbone of everything, from technology to religion, and the equilibrium between them is broken when one of the states declares war on the others. Weird stuff leaks out the corners of the plot, like the inhuman soldiers given god-like powers by the crystals themselves. 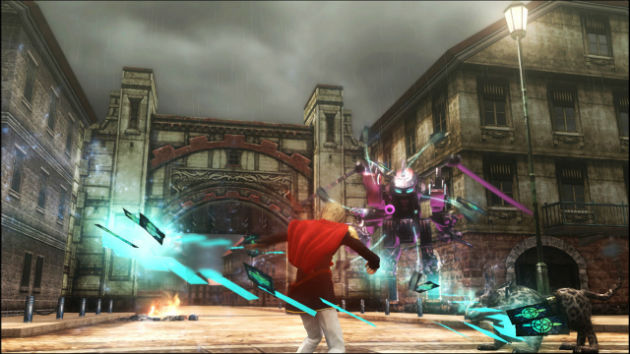 Details like that are given dramatic heft when they're relayed in a style plain enough for Sunday programming on PBS. One second your perspective will be right on the battle-ravaged streets of a city mid-invasion. After you fight your way through, delighting in the fluid action, the perspective shifts back to the narrator; the empire dropped a bomb that leveled a city after your apparent victory, killing almost everyone you were trying to save. Flashes like these hit hard.

Unfortunately, they don't stick. The problem is Class Zero and Akademia, the military school your characters attend. Between major missions, you spend your time exploring the school and doing odd jobs for the brass and classmates. There's an addictive mechanical hook to these sections. Want to talk to the strange scientist in the armory? The conversation will use up two of the 48 hours you have until the next major operation. Figuring out how to spend your time so your squad grows in power is an interesting challenge, but it never adds dimension to the characters themselves. Each of your 14 soldiers have basic histories -- Ace accidentally caused the death of a friend, Machina and Rem grew up together, etc. -- but we don't get to see them grow no matter how many hours we spend with them.

"In Type-0, the theme is following these characters as they survive, as they 'live through these times,'" said Tabata in our talk. "It can't be a casual experience. It has to be substantive. It was important to treat these characters like living beings with their own personalities, their own thoughts in order to have that sense of reality." Final Fantasy Type-0 takes interesting risks inside a series and genre known for its refusal to evolve, and in some ways it pays off. There's power in counterpointing the horror of war with a game that's so undeniably fun to play. Even as the game nails the macro-perspective of Orience's conflict, the lack of a personal connection or meaningful growth in its characters dulls that power overall. Documentaries can illustrate the terrible aftermath of conflict, but history alone doesn't give characters -- or a game -- life.

In this article: finalfantasytype0, hajimetabata, hdpostcross, microsoft, playstation4, review, sony, squareenix, xboxone
All products recommended by Engadget are selected by our editorial team, independent of our parent company. Some of our stories include affiliate links. If you buy something through one of these links, we may earn an affiliate commission.