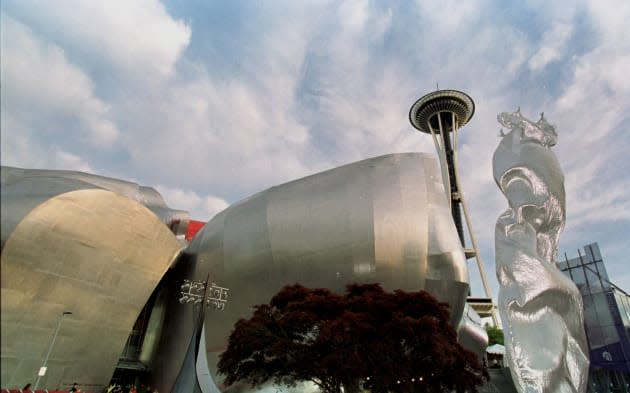 Techie culture-vultures aren't likely to encounter Vine upload fails anymore at Seattle's home to arts, culture and the Space Needle thanks to Microsoft. The city's biggest patron has installed a new WiFi service at the Seattle Center that uses new technology to blow away the previous system's speed and capacity. The installation is a pilot program for Microsoft Research's white space tech that harnesses long-range, wall-penetrating TV signals. Along with quadruple the access points, the tech gives the Seattle Center public WiFi speeds up to 5,000 times faster, letting you Skype, Vine and Meerkat to your heart's content.

The previous system supported basic browsing only and often didn't work at all with too many users online. Microsoft told the Ballard News-Tribune that "this technology can handle more than 25,000 users at a time," which should be a boon during concerts and other big events. The pilot is also part of a city-wide program to improve public WiFi, and Microsoft's white space tech "may be deploy(ed) to other neighborhoods in the city," according to Mayor Ed Murray. To use the tech, you just have to log on to the "Microsoft Wi-Fi Seattle Center" network, with a free app coming soon.

In this article: microsoft, MicrosoftResearch, Public WiFi, Seattle, Seattle Center, TV signals, WhiteSpace, WiFi
All products recommended by Engadget are selected by our editorial team, independent of our parent company. Some of our stories include affiliate links. If you buy something through one of these links, we may earn an affiliate commission.