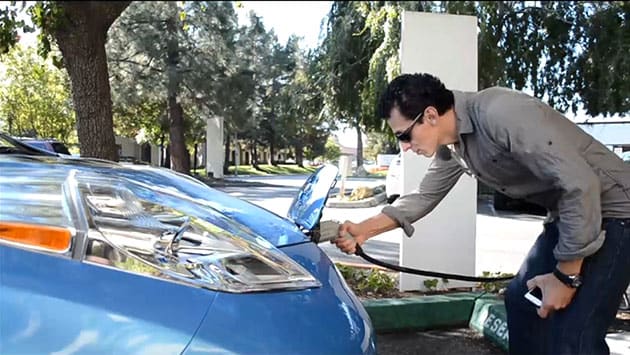 Climate change is still a real, looming threat, so you'd think that getting people using electric cars would be a vital project to safeguard the future. Unfortunately, the state of Georgia is so broke that it's not only pulling its electric vehicle subsidies, it's going to kick would-be planet savers while they're down. Vice News details how the state is about to axe its $5,000 tax credit and, even better, add a $200 a year electric vehicle tax to recoup the drop in gasoline tax revenues.

The cuts have come in response to a $1 billion hole in the state's budget which will be used to restore its crumbling infrastructure. Critics of the tax break have always claimed that the move was simply a way to give "free cars to Atlanta yuppies." Don Francis, director of Clean Cities Georgia, has told Vice that he's hoping to prove that the move does more harm to the state than good, since the bulk of gas revenue goes to states like Louisiana and Texas.

Source: Vice
In this article: EV, Georgia, NissanLeaf, Subsidy
All products recommended by Engadget are selected by our editorial team, independent of our parent company. Some of our stories include affiliate links. If you buy something through one of these links, we may earn an affiliate commission.