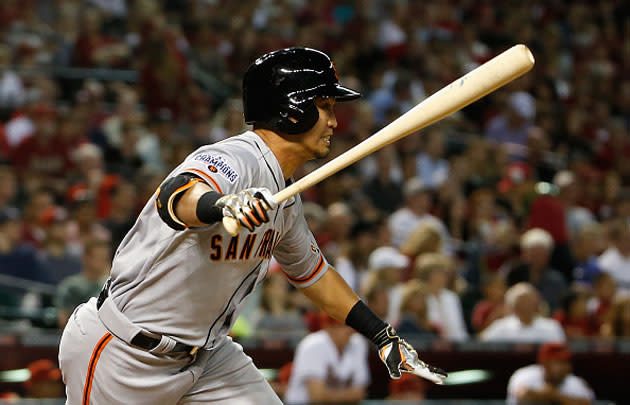 You may want to think twice about livestreaming that baseball game for the sake of your friends back home. Major League Baseball tells the Wall Street Journal that it's reminding teams not to allow services like Meerkat and Periscope in their stadiums, since the live video violates broadcast rights. At least some of the organizations are taking that warning seriously -- the San Francisco Giants will be watching their WiFi network for relevant traffic, and may eventually block it.

Of course, discussing a policy and enforcing it are two different things. Content blocking is useless if fans are willing to use some of their cellular data to stream a game. And unless stadiums develop a good way to pinpoint where culprits are sitting, it may be difficult to catch them in the act. How do you know someone isn't just recording an offline video while another person a few rows ahead is streaming? As much as MLB may want to clamp down on unauthorized video, there's a good chance that some as-it-happens footage will show up this year.

Update: MLB says that the WSJ article misinterpreted its media president. As the league explains to CNBC, it's not going to discourage livestreams or try to kick you out of the stadium -- you "have to allow" these apps, since people have been capturing games for decades. It's just that the executive doesn't expect you to stream games for significant periods, since you're probably more interested in preserving your memories of a game than broadcasting.

In this article: baseball, copyright, internet, livestream, livestreaming, MajorLeagueBaseball, mlb, mobilepostcross, sports, streaming
All products recommended by Engadget are selected by our editorial team, independent of our parent company. Some of our stories include affiliate links. If you buy something through one of these links, we may earn an affiliate commission.