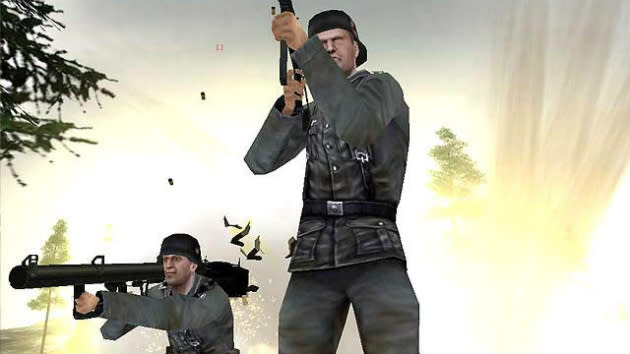 The Electronic Frontier Foundation, a non-profit group that defends civil liberties in the digital world, is facing off against the Entertainment Software Association, the organization that represents most major video game publishers in the US. The EFF wants to allow players to put abandoned games back online and has asked the US Copyright Office for an exemption from the Digital Millennium Copyright Act. This would allow players to legally modify the code of online games that are no longer supported by publishers, in the hope of reconnecting these titles to new, third-party servers. This includes games like Battlefield 1942, Star Wars: Battlefront, SOCOM 4, Resistance: Fall of Man and Mario Kart Wii. Many modern games rely on servers to function; if Activision pulled the plug on Destiny, for example, even its single-player campaign would disappear, since the entire game needs an online connection.

"This exemption would serve player communities that wish to continue using their purchased games, as well as archivists, historians, and other academic researchers who preserve and study videogames and are currently inhibited by legal uncertainty," the EFF writes.

The ESA opposes the exemption, arguing that modifying game code is "hacking" and would encourage piracy. Plus, in order to make some of these games work on systems like the Xbox 360 or Wii, users would need to jailbreak these consoles. "Granting the proposed exemption would enable -- and indeed encourage -- the play of pirated games and the unlawful reproduction and distribution of infringing content," the ESA says.

Note that it's not up to the EFF or the ESA to decide this issue -- that will be handled this year by the US Copyright Office, which examines exemption requests every three years. The EFF has since responded to the ESA's arguments against its proposed exemption, noting that the gaming industry was built on "tinkering" and hobbyist-style hacking.

As the EFF puts it: "Games abandoned by their producers are one area where Section 1201 is seriously interfering with important, lawful activities -- like continuing to play the games you already own."

In this article: CopyrightOffice, DigitalMillenniumCopyrightAct, DMCA, eff, ElectronicFrontierFoundation, EntertainmentSoftwareAssociation, esa, hacking, hdpostcross, legal, servers
All products recommended by Engadget are selected by our editorial team, independent of our parent company. Some of our stories include affiliate links. If you buy something through one of these links, we may earn an affiliate commission.