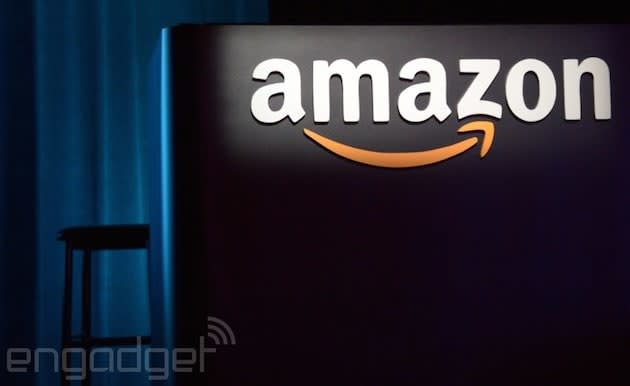 Amazon started mending its tattered relationship with the big five publishers last year, signing deals with Macmillan, Simon & Schuster and even Hachette. Now it's HarperCollins' turn to make peace with the e-commerce giant, according to The Wall Street Journal. While the publisher held out on signing the contract, it reportedly agreed to the same terms the other three found acceptable, just in time for Go Set a Watchman's (Harper Lee's controversial second novel) release in July. The multi-year agreement apparently states that HarperCollins retains the right to set prices for its eBooks and to decide when to offer discounts. It also says the publisher will get to keep 70 percent and the retailer 30 percent of the revenue from each eBook sale.

Amazon's war against the big five stemmed from disagreements about pricing. The website wanted to offer most eBooks for $10 a pop, but the publishers wanted the power to set each title's price. Things got so bad, they struck a deal with Apple in an effort to raise prices -- an action that ultimately led the DOJ to charge them all with collusion. Amazon also engaged in a very public spat with Hachette last year, even going so far as to refuse selling its books.

Based on the contract info we've mentioned above, it looks like Amazon gave in to the publishers' demands. Seeing as books earn Amazon billions of dollars, making up around seven percent or so of its yearly revenue, we don't think the company feels that bad about it. As for the publishers, we'll bet they're thankful that they're all, well, civil again -- after all, the e-commerce titan dominates online sales of both physical and digital tomes.

In this article: amazon, eBook, harpercollins, kindle
All products recommended by Engadget are selected by our editorial team, independent of our parent company. Some of our stories include affiliate links. If you buy something through one of these links, we may earn an affiliate commission.