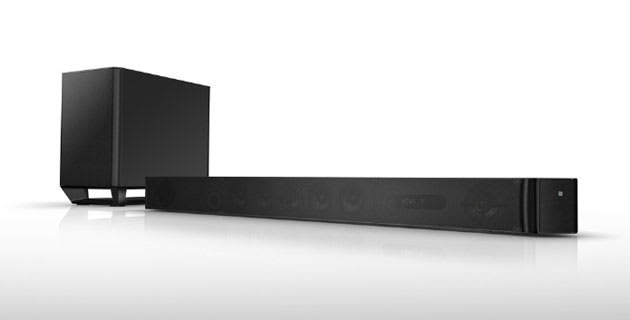 LG isn't the only tech giant rolling out Google Cast-friendly devices this month. Sony is launching two AV receivers (the STR-DN860 and STR-DN1060) and two sound bars (the HT-NT3 and the HT-ST9, above) that all take audio from Google Cast-capable mobile and web apps, so you won't have a problem sending music to your TV's speakers. Outside of the NT3, you'll also get alternatives like Bluetooth, Spotify Connect and (on the receivers) Apple's AirPlay.

Source: Sony
In this article: 4k, audio, googlecast, hdpostcross, receiver, sony, soundbar, speakers, television, tv, wirelessaudio
All products recommended by Engadget are selected by our editorial team, independent of our parent company. Some of our stories include affiliate links. If you buy something through one of these links, we may earn an affiliate commission.