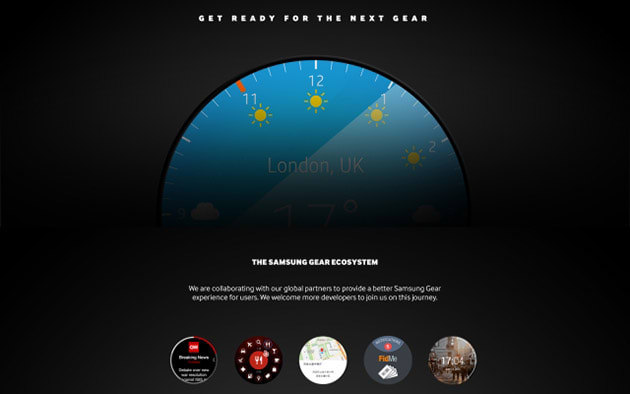 Samsung's gearing up for the launch of its latest smartwatch by releasing its SDK ahead of the official reveal, which it has never done before. Devs might need some extra time to prep their applications for its release you see, since the newest Galaxy Gear will most likely have a rounded watch face unlike its older siblings' rectangular ones. The press release announcing the SDK, spotted by Android Central, came a with a circle weather watch face graphic, along with a few images of rounded apps (CNN, Yelp and more). Sadly, there were no hints in the PR indicating when the new device will be launched. But if you're really hankering for a rounded smartwatch, there's already a few out on the market, including the Moto 360 and the LG G Watch R.

Via: The Verge, Android Central
Source: Samsung
In this article: androidwear, gear, samsung, samsunggear, SmartWatch
All products recommended by Engadget are selected by our editorial team, independent of our parent company. Some of our stories include affiliate links. If you buy something through one of these links, we may earn an affiliate commission.