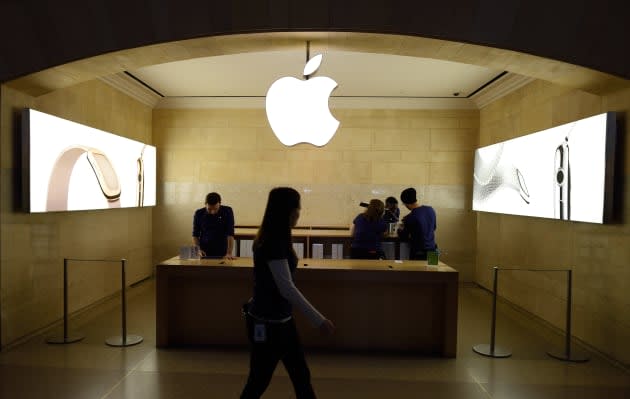 Back in January this year, Apple recorded a blockbuster of a quarter thanks to holiday sales of its new, larger-screened handsets. It sold a whopping 74.5 million iPhones in the last three months of 2014, chalking up $74.6 billion in revenue in the process. While today's second quarter results don't quite match that number, Cook & co. still managed to rake in a respectable amount of cash: According to the report, Apple made around $58 billion and sold close to 61 million iPhones in the first three months of 2015 alone. That makes this the most successful March quarter in the company's history. This is in large part due to Apple's rising popularity in China, having brought in $16.8 billion in revenue from the country in the past three months. Indeed, China is now Apple's second-biggest market (Americas is still the first), with Europe falling to third place.

Apple also continues to defy the global decline in PC shipments with 4.56 million in Mac sales, which is about a 10 percent increase from this time last year. iPad sales, however, are on the decline; Apple sold 12.6 million of the tablets, a drop of about 23 percent from this time last year. Interestingly, this means that Apple made more money from its Mac products than iPads this past quarter: Revenue from Macs were $5.62 billion while iPads only brought in $5.43 billion (Whither the post-PC era?). Of course, as the Apple Watch only just went on sale in the past month, there aren't any numbers for those just yet, but Cook remains enthusiastic about its potential on the call, saying that he was "thrilled" by the reactions to it so far. 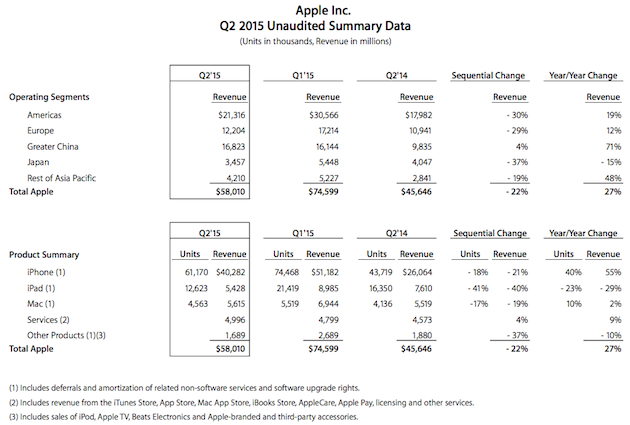 Source: Apple
In this article: apple, earnings, q12015
All products recommended by Engadget are selected by our editorial team, independent of our parent company. Some of our stories include affiliate links. If you buy something through one of these links, we may earn an affiliate commission.