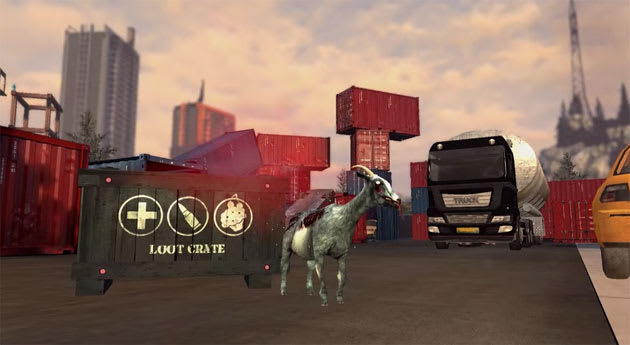 Goat Simulator's offbeat, endearingly glitchy gameplay is about to invade yet another genre: zombie survival. Meet GoatZ, a not-so-subtle jab at DayZ and other titles where you spend as much time scrounging for supplies as you do fighting off the undead. Coffee Stain Studios' add-on is just as nuts as you'd expect (pink crossbows, anyone?), and is almost too on-point with its send-ups. It has "as many bugs" as other survival titles, and there's a "completely realistic" mode where you eat every few minutes -- because that's what you do in these sorts of games, isn't it? If that sounds at once hilarious and all too familiar, you'll be glad to hear that GoatZ will be available for $5 on Steam as of May 7th, with mobile versions also on the way.

Via: Eurogamer
Source: Coffee Stain Studios (YouTube)
In this article: coffeestain, coffeestainstudios, gaming, goatsimulator, goatz, survival, video
All products recommended by Engadget are selected by our editorial team, independent of our parent company. Some of our stories include affiliate links. If you buy something through one of these links, we may earn an affiliate commission.