Oil giant BP plans to be carbon neutral by 2050

Amazon employees say they were threatened for climate change criticism 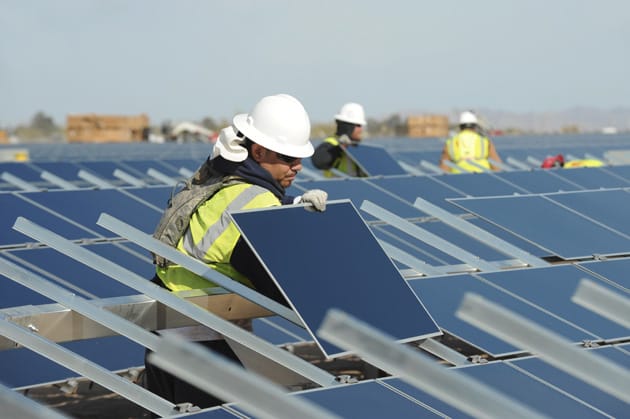 The standard line about solar power is that while good in theory, the technology just isn't there to keep our lights on and our Netflix streaming. But a new study from MIT (PDF) suggests that's not the case. According to the massive report (an epic 356 pages) current crystalline silicon photovoltaic technology is capable of delivering terawatt-scale power by 2050. That would be many times larger than Topaz facility California that generates 550 megawatts. While there is certainly room for improvement in efficiency, the MIT study says that the biggest hurdle isn't tech, it's investment. The authors called out the lack of funding for research and development, but focused more on poor governmental policies. Subsidies generally go to other energy sources, like oil and natural gas, and trade policies set by the federal government have driven up prices by restricting imports of cheaper solar parts in order to boost domestic production.

Via: Slashdot, Computerworld
Source: MIT (PDF)
In this article: environment, government, mit, research, solar, SolarPower
All products recommended by Engadget are selected by our editorial team, independent of our parent company. Some of our stories include affiliate links. If you buy something through one of these links, we may earn an affiliate commission.