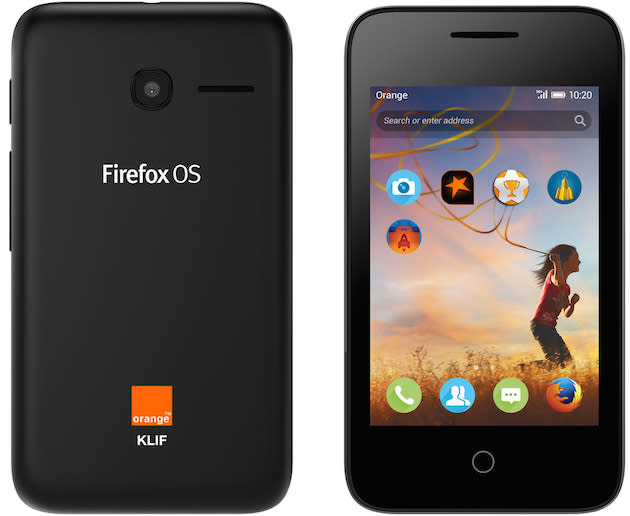 Firefox OS might be in a distant fourth place (or further?) here domestically, but Mozilla sees plenty of value for it in emerging countries. Specifically? Senegal and Madagascar in Africa, where it recently partnered with French telecom Orange to launch the KLIF. And no, you aren't wrong, it's neither a flip-phone or a slider. Nor is it transparent. A Mozilla blog post says that the main idea with this 3G smartphone is to get more people online in places where they previously couldn't. It's the web outfit following through on a promise it made back at Mobile World Congress in Spain, and the Middle East is where we'll see the initiative pop up next.

In this article: 3G, africa, firefox, FirefoxOs, klif, mobilepostcross, Morocco, mozilla, orange, Senegal
All products recommended by Engadget are selected by our editorial team, independent of our parent company. Some of our stories include affiliate links. If you buy something through one of these links, we may earn an affiliate commission.