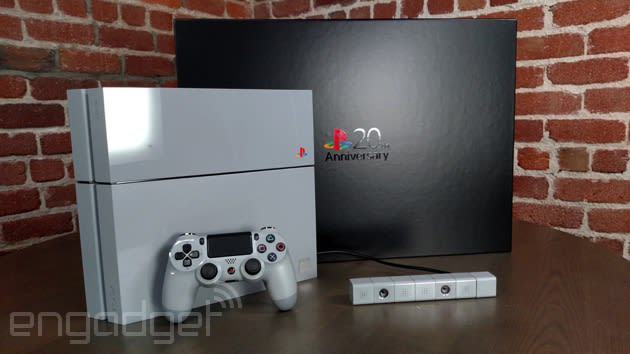 To celebrate 20 years of PlayStation, Sony created 12,300 limited edition PS4 consoles and offered them to gamers all over the world. In the US, they were sold to whoever could click the buy button fast enough, but in the UK, the company took a more convoluted approach. First was the PlayStation '94 Shop in London, where 94 consoles were put aside for the low price of £19.94 (with all proceeds going to gaming charity GamesAid). Then came a partnership with GAME, which required gamers to solve riddles, click iconic PlayStation characters and enter a competition before anyone else.

As expected, it was all a bit of a mess. People quickly realised they could pool their resources and share the answer seconds after the riddle was posted, effectively locking out those who had taken time to work it out themselves. Then, an enterprising developer found a way to extract the clues before they were publicly shared by Sony. This led six people to file a complaint with the Advertising Standards Authority (ASA), which argued that "promotion's terms and conditions had been breached in a number of ways."

Today, the ASA upheld the complaint, noting that the competition was not fair and had "caused unnecessary disappointment." Although GAME had disqualified anyone who had submitted a competition entry before Sony had posted their clue, five people had managed to acquire two consoles while the promotion was taking place. This, of course, went against the terms of the competition, which was meant to allocate a single 20th Anniversary PS4 to each winner. To make things worse, those extra consoles then found their way to eBay.

So what's happening to Sony and GAME? Well, they've been given a slap on the wrist. Both companies have been told that they must "ensure that future promotions were administered fairly and avoided causing unnecessary disappointment to participants." Okay then.

Via: Eurogamer
Source: ASA
In this article: asa, competition, GAME, hdpostcross, playstation, playstation 4, ps4, sony, uk-feature
All products recommended by Engadget are selected by our editorial team, independent of our parent company. Some of our stories include affiliate links. If you buy something through one of these links, we may earn an affiliate commission.