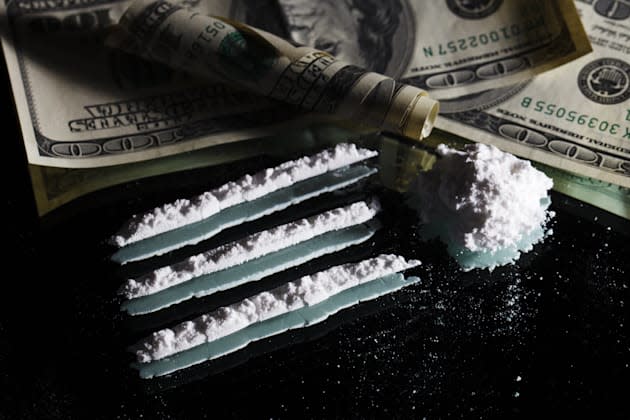 A research team from the University of Surrey in the UK has reportedly developed a new, noninvasive drug test for cocaine that accurately detects its presence in your system through your fingerprints. Specifically, it looks for two common cocaine metabolites: benzoylecgonine and methylecgonine. These can be found in blood, sweat, and urine using a mass spectrometry technique known as Desorption Electrospray Ionisation (DESI). And since the metabolites dissipate from our sweat more quickly than in urine or blood (in which it can persist for up to a week), law enforcement will one day be able tell if a suspect is currently high as opposed to having been high a few nights before. What's more, "we can distinguish between cocaine having been touched," Melanie Bailey, the study's lead author, told Motherboard, "and cocaine having been ingested." Plus since the sweat sample is tied to your fingerprint, it'll be nearly impossible for someone to swap it out for a clean batch.

The research is still in its very early stages, however. According to the team, they need to collect much more data on the effects of dosage and timing before they can move on to reliability testing. Still, they remain confident that this technology will be available to law enforcement within a decade.

In this article: cocaine, drugs, LawEnforcement, MassSpectrometry, UnitedKingdom
All products recommended by Engadget are selected by our editorial team, independent of our parent company. Some of our stories include affiliate links. If you buy something through one of these links, we may earn an affiliate commission.