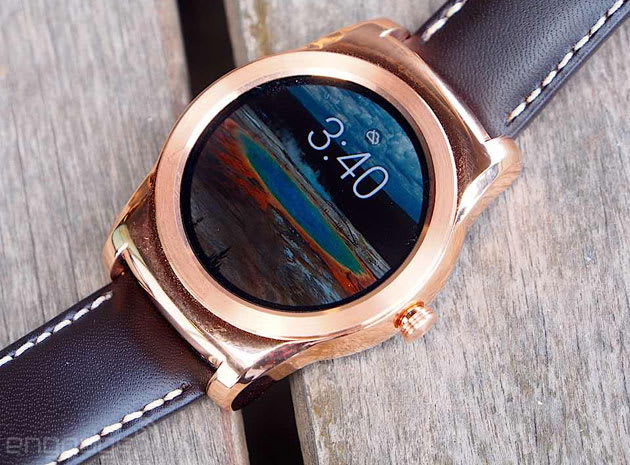 The latest version of Android Wear that Google promised back in April is finally starting to make its way to devices today. It comes with quite a list of updates, starting with the activation of dormant WiFi chips in the LG Watch Urbane, Moto 360, Sony Smartwatch 3 and the Samsung Gear Live. In addition, apps can now stay visible until you dismiss them, which is the ideal scenario for sports or shopping apps. You can swipe left to access apps and contacts, get notifications even when you're looking at something else on the watch, change your font size and lock your watch screen, as well.

The new OS is also making smartwatch enthusiasts happy by letting them pair their phones with more than one of their wearables. Finally, folks with large fingers can just draw emojis instead of trying to tap a tiny smiley on a tiny screen -- the app they're using will automatically identify the graphic they want to use. If you still haven't gotten the update, don't worry: the OS is being rolled out gradually in the coming days and weeks. Once it has arrived on your device (and it's one of the models listed above), simply switch on Cloud sync to take advantage of the newly activated WiFi support.

Via: Droid Life
Source: Android Wear Help Forum
In this article: androidwear, google, mobilepostcross, update
All products recommended by Engadget are selected by our editorial team, independent of our parent company. Some of our stories include affiliate links. If you buy something through one of these links, we may earn an affiliate commission.