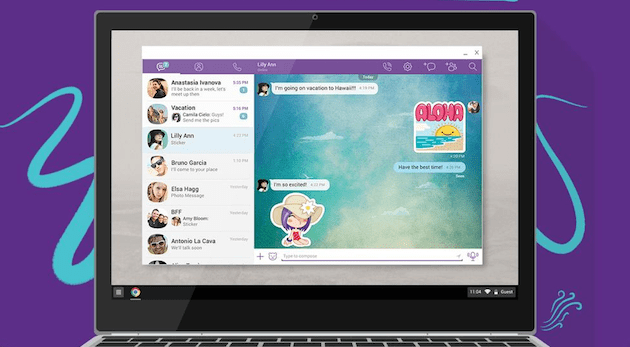 In order for Chrome OS to succeed, Google needs all the support it can get from developers. Hardware companies are certainly doing their part, namely by offering Chromebooks to people at affordable prices. That's why it's important when a popular service such as Viber launches on the platform, like today. Now users can start using the app to communicate with friends or family directly from their Chromebook, just as they would on iOS, Android or Windows Phone. Not only can you send text and picture messages, but also make phone and video calls to your contacts. It's free too, which comes in handy if you're trying talk to people across different countries.

In this article: Chrome OS, Chromebook, Chromebooks, ChromeOS, Google, GoogleChromeOS, Viber, VoIP
All products recommended by Engadget are selected by our editorial team, independent of our parent company. Some of our stories include affiliate links. If you buy something through one of these links, we may earn an affiliate commission.