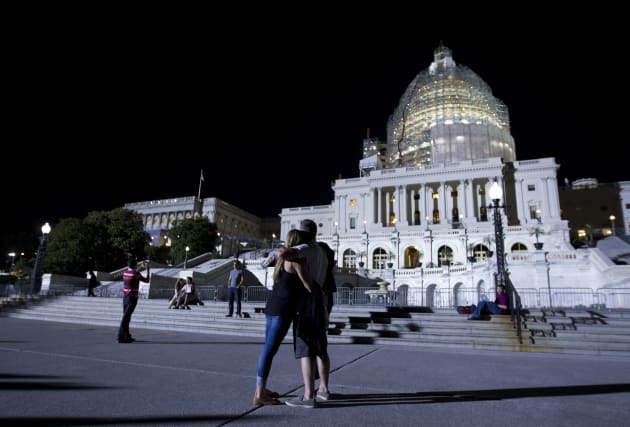 The USA Freedom Act aimed at addressing the NSA's bulk collecting of phone call metadata was approved by the House of Representatives ten days ago, but blocked by the Senate tonight (live video stream here). The Section 215 provisions of the Patriot Act used to enact the program are set to expire June 1st, and it could go away if a compromise isn't reached to extend it. Senator Rand Paul of Kentucky filibustered to push the vote to this late hour, while Sen. Mitch McConnell pushed for a series of extensions to the program, claiming the security of the country could be at risk. The Senate is taking a weeklong Memorial Day break, but will come back on May 31st for more discussion and probably more voting. The voting is done for tonight, but we expect much more discussion over the next week.

BREAKING: USA Freedom fails to advance in the Senate by a vote of 57 to 42.

BREAKING: At the behest of @SenateMajLdr, the Senate will meet Sunday, May 31st in the afternoon, mere hours before Section 215 expires.

Source: C-SPAN, EFF
Coverage: AP, The Hill, EFF, USAFreedom.fail, BoingBoing
In this article: breaking news, EdwardSnowden, FreedomAct, metadata, NSA, PatriotAct, prism, Section215, Senate
All products recommended by Engadget are selected by our editorial team, independent of our parent company. Some of our stories include affiliate links. If you buy something through one of these links, we may earn an affiliate commission.