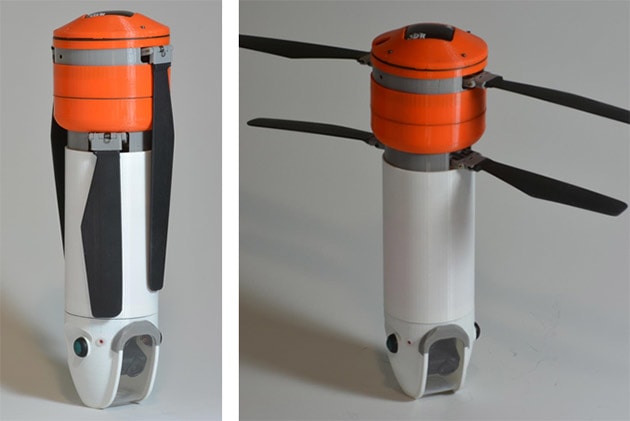 When you picture a consumer drone, something bulky with four or six props à la DJI probably pops to mind. But the folks behind a new model on Kickstarter think that such UAVs have two big problems -- namely, they're hard to carry and break easily if you mess up. They built The Sprite to overcome those limitations with a cylindrical, waterproof body and retractable blades. The design makes it easy to throw it into a pack, and when landing, the rotors halt in a half a second and fold into a retracted position. From there, the craft can safely alight on rocks, a bush or even a swamp without issues.

Though the design looks more toy-like than something from, say, 3D Robotics, Sprite is actually targeting pros. It has fully autonomous flight using waypoint navigation and "follow me" modes, along with a built-in 1080p camera (with optional 3rd party FPV) and a 2-axis stabilized gimbal. You'll also get a GoPro compatible 2-axis gimbal that can be swapped without tools, and control via a smartphone, tablet, or optionally, an R/C transmitter. The current flight time is around 12 minutes with the LiPo batteries, but the makers are striving to improve that before it ships. 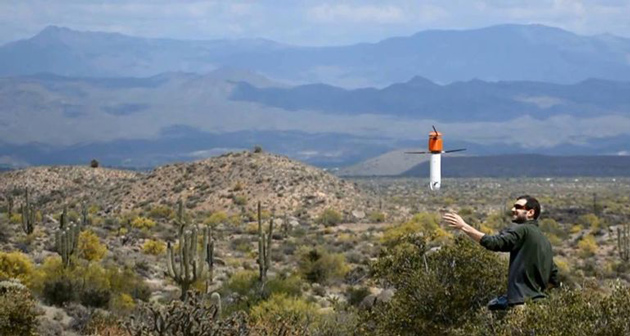 At $799 sans transmitter, the Sprite is targeting the mainstream semi-pro market. You'll need to pay an extra $150 for the transmitter and around $300 for first person view (FPV) capability, putting the sticker at $1,249 for the same capability as a $1,099 DJI Phantom 3 Advanced. In other words, you'll need to have faith not only in the concept, but also the company's ability to ship it. That said, it's well over half way to its $200,000 goal with 21 days to go, so it's more likely than not to get backed. If all goes well, delivery is slated for December 2015.

Source: Kickstarter
In this article: crowdfunding, drone, folding, follow me, kickstarter, Sprite, video
All products recommended by Engadget are selected by our editorial team, independent of our parent company. Some of our stories include affiliate links. If you buy something through one of these links, we may earn an affiliate commission.