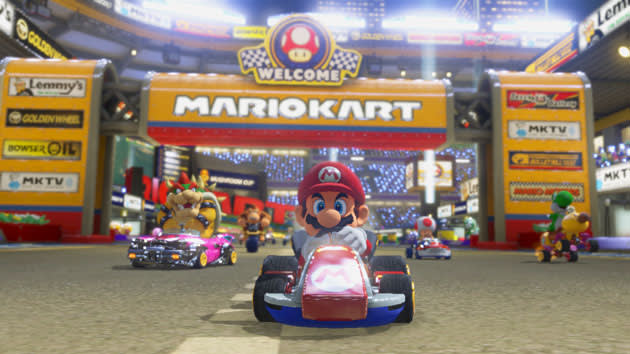 Nintendo has already said that it won't be talking about its new NX console until 2016, but that hasn't stopped a few tantalising details from slipping out to the press. Nikkei reports that the new hardware could use the Android operating system, as Nintendo seeks a more open platform that's already been embraced by third-party developers. We're firmly in rumors and speculation territory here, but there's some basis for the claim. Nintendo has hinted that the NX will be positioned alongside the 3DS and the Wii U, rather than as a direct replacement for either system. The Wii U has been a commercial flop, but that doesn't mean the NX will be a traditional home console competing directly with the PlayStation 4 and Xbox One. It could be something completely different -- fans have suggested a hybrid device that gamers could play both at home and on the go.

Portability would play to Android's strengths, particularly if Nintendo wants to leverage its upcoming phone and tablet games. However, if the company does indeed use the platform, there's no guarantee that it'll look like the typical Android experience found on phones and tablets. The Wii U and 3DS suffer from sluggish operating systems, menus and apps -- Nintendo could use a heavily modified version of Google's platform to offload the problem and focus on what it does best, which is making high quality games.

Via: NeoGAF, IGN
Source: Nikkei
In this article: android, console, google, nintendo, NX, operatingsystem, platform, videogames
All products recommended by Engadget are selected by our editorial team, independent of our parent company. Some of our stories include affiliate links. If you buy something through one of these links, we may earn an affiliate commission.