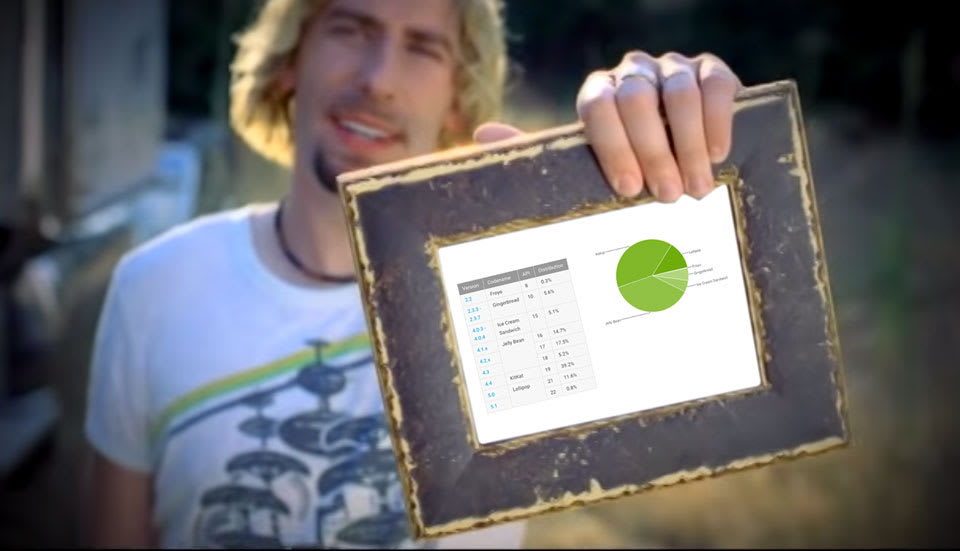 Google's big developer conference is done for another year, which means that the company is ready to dish out some hot statistics regarding the state of Android's union. Thankfully, the search engine can boast that Gingerbread no longer runs on a substantial portion of its devices, since it's only running on 5.6 percent of all hardware. In fact, more than half of the ecosystem now runs Jelly Bean or KitKat, with Ice Cream Sandwich similarly dumped into the footnotes. The company also dug into the figures to reveal that almost half of all Android devices have a screen with a resolution of 240dpi, with only 20 percent of users rocking a weaker display. The TL;DR version of all that is simple: Google's finally escaping its past, and almost everyone is rocking a device that won't embarrass you in the playground/office/golf club.

Source: Google
In this article: Android, AndroidStats, Developers, google, GoogleIO2015, GoogleStats, Software
All products recommended by Engadget are selected by our editorial team, independent of our parent company. Some of our stories include affiliate links. If you buy something through one of these links, we may earn an affiliate commission.