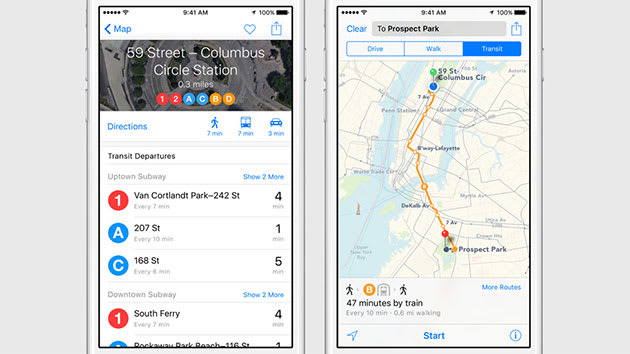 Apple's Maps app has been lacking one of the more important turn-by-turn directions features since its launch. Today at WWDC, Maps finally got transit directions. The new feature will offer directions for buses, trains, subways and ferries. The app will also surface nearby restaurants, shops and activities. Maps also now tells commuters which subway entrance to enter and exit. Helpful in large cities with huge stations. Maps will launch in the United States in San Francisco, New York, Washington, DC, and Baltimore. Internationally it'll launch in many cities in China including Beijing, Wuhan, Shanghai and others. Other international cities include Mexico City, London, Berlin and Toronto. More cities are expected in the future.

In this article: apple, Maps, Transit, WWDC2015
All products recommended by Engadget are selected by our editorial team, independent of our parent company. Some of our stories include affiliate links. If you buy something through one of these links, we may earn an affiliate commission.