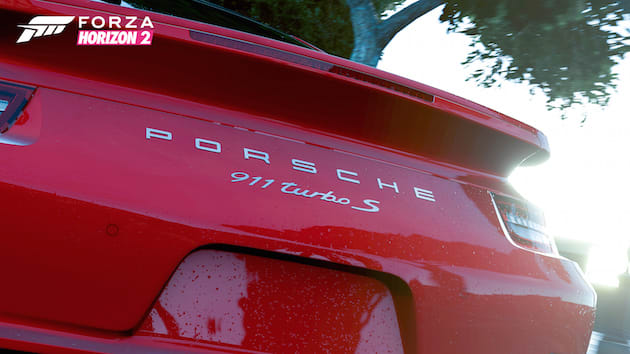 There's been a Porsche-sized hole in the Forza roster for quite awhile, but that changes tomorrow. The German automaker's coming to Forza Horizon 2's open world with 10 models, according to our sister site Autoblog. The pack's $9.99 and comes with a handful of new Bucket List challenges, Rivals events and over a dozen new achievements for the Gamerscore hungry. Rides hit a wide swath of Porsche's history, with the 1970 914/6, 1987 959 all the way up to a 2015 Macan Turbo on offer. Apparently gaming giant Electronic Arts had to sign off on the deal because of its exclusive agreement for Porsche cars to appear in the likes of the Need for Speed and Real Racing franchises. Whether or not that means we'll see any of the German sports cars in the upcoming Forza Motorsport 6 isn't exactly clear but the E3 trade show is only a week away.

Update: The Turn10 press release says yes, there will be Porsches in Forza Motorsport 6, and you can check out a live stream showing off the new additions embedded after the break. Source: Autoblog
In this article: EA, ForzaHorizon, forzahorizon2, gaming, hd, hdpostcross, microsoft, porsche, Racing, RacingGame, xbox, XboxOne
All products recommended by Engadget are selected by our editorial team, independent of our parent company. Some of our stories include affiliate links. If you buy something through one of these links, we may earn an affiliate commission.