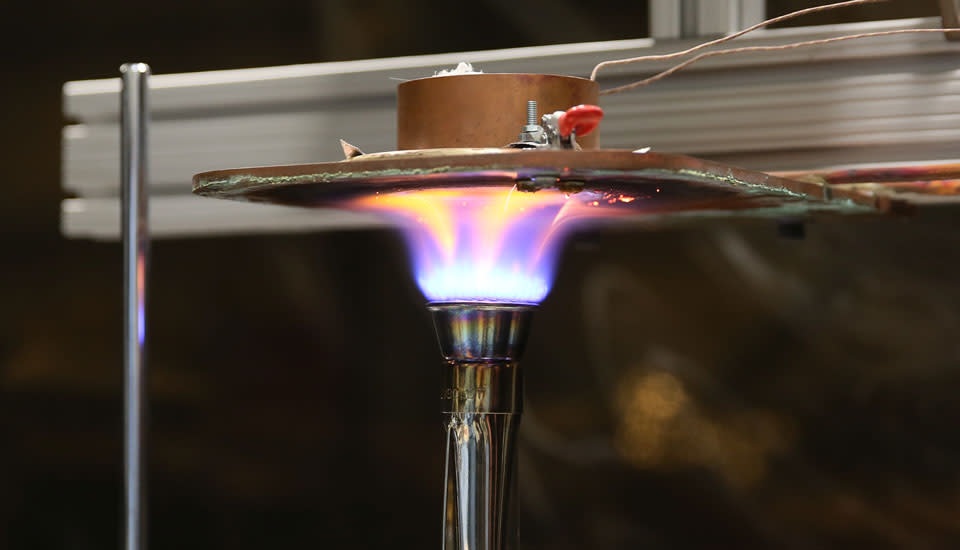 NASA has teamed up with the Department of Agriculture's Forest Service to see if the agency's heat shield technology could be adapted to protect people during forest fires. Currently, firefighters carry a 4.3-pound "personal fire shelter" -- a large tinfoil snuggie that's designed to keep them safe from extreme heat. NASA, however, thinks that the technology it developed to prevent spacecraft from burning up in the atmosphere could do a vastly superior job.

The partnership began after NASA's Mary Beth Wusk and Anthony Calomino learned of the death of 19 firefighters during 2013's Yarnell Hill Fire. The pair had been working on a new thermal protection system for future spacecraft that was designed to deal with the sort of extreme temperatures that forest firefighters deal with on a regular basis. After investigating hundreds of different configurations, researchers at NASA's facility in Langley believe that they've managed to vastly improve on the original design.

The prototype is now going to be shipped to Canada, where a team from the University of Alberta will burninate the gear to see how it holds up in extreme conditions. With the data from these field tests, it's hoped that NASA and the Forest Service can replace the existing technology in the very near future. As you can see from the documentary clip we've embedded below, using a fire shelter is terrifying, so we can get behind anything that improves the experience.

In this article: FireShelter, ForestService, HeatShield, Langley, NASA, video
All products recommended by Engadget are selected by our editorial team, independent of our parent company. Some of our stories include affiliate links. If you buy something through one of these links, we may earn an affiliate commission.