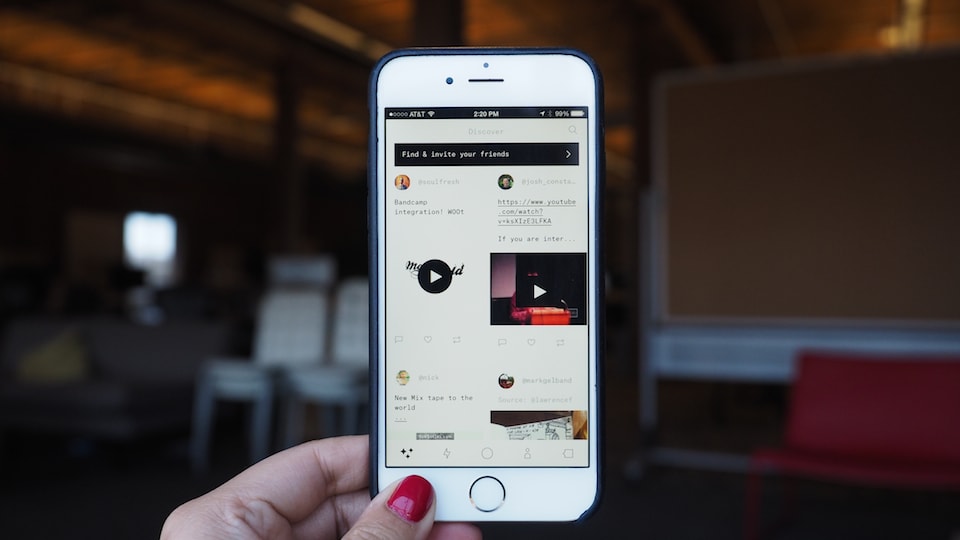 When Ello came into the social networking scene late last year as an ad-free alternative to Facebook, it was pretty barebones in terms of features. That didn't stop it from gaining hundreds of thousands of users in a few short days and around a million new sign-ups in under a month. Ello's growth has slowed since the initial hype, but its feature set has blossomed -- search and notifications are much better, you can now post videos from YouTube and audio from SoundCloud, there are now ways to block bothersome users and you can also now "love" posts so you can revisit them later. A couple of weeks ago, Ello even removed its invitation-only restriction. Today, it's making an even bigger announcement: after months simply relying on the phone's browser for its mobile presence, Ello finally has an app. I had a chance to try out an early version of the app for a few hours and I liked what I saw. The interface is clean and minimalist with a simple black and white aesthetic, which is very similar to how Ello is on the web. There are five menu bar options at the bottom which will take you to one of five sections: Discover, Notifications, your Friends / Noise feeds, your own profile and a compose screen. The menu bar disappears when you scroll down any one of the sections; you can bring it up again by scrolling back to the top.

Perhaps the most interesting section is the Discover tab, which shows you a list of interesting posts curated by the folks at Ello. At the very top of the page is a link that implores you to "Find & invite your friends", which essentially hooks up the app to your phone's own contacts list if you give it the permission to do so. You can also then search for your friends either by name or email address (that is, only if they want to be found). CEO and co-founder Paul Budnitz tells me that you don't have to worry about Ello storing any of that information. "We hash and encrypt all your contacts," he says. "You're not sharing any data with us. None of that gets stored on our servers."

Most of the other sections are pretty self-explanatory. Notifications now lives in its own tab instead of getting lumped into the friends stream. You can even enable real-time alerts whenever you get a new comment. As before, your following feed is split into Friends and Noise -- the former lets you see entire posts while the latter gives you smaller previews, for a quicker scan. You can edit your profile right from the phone and you can also easily check out your list of "loved" posts. And in addition to composing text, you can also snap a photo or grab one from your library and upload the full resolution image to your page. Searching for users seems pretty fast as well. 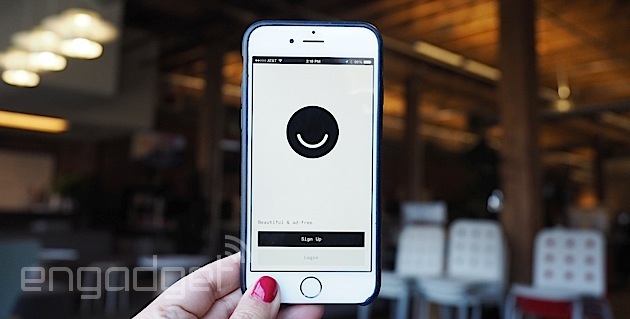 While it's easy to laugh off Ello's late arrival to apps, I can actually see why it decided to do that. Ello was very rough around the edges in the beginning -- performance was laggy and search was almost non-existent -- and it makes sense for the team to focus their efforts on making the core desktop experience better before turning their focus on mobile. "We launched it on desktop only because most of our users were artists," says Budnitz, explaining that long-form content and large photos are best when viewed on a computer. But the community has been growing and Budnitz and his crew finally felt that Ello could sustain more people coming in. It used to be just artists and creatives, he says, but now there are people posting cat photos and sharing everyday moments. It was time.

Budnitz also gave me a brief insight into how Ello plans to make money. He says that starting early next year, Ello will be rolling out a social commerce initiative so that anyone -- be they brands or just everyday folks like you and me -- can sell stuff on their streams. All you would need to do is to take a photo of something, draw a box around it with an arrow pointing to it, add a price and post it. Your followers will then be able to buy that item directly from the stream just like you can on Etsy. Budnitz is positioning this as a great tool for independent artists and small businesses, but you can use this as a garage sale tool of sorts as well. Budnitz says that he hopes to integrate it with Apple Pay too. He also wants to extend this to music and software downloads and even booking appointments with your massage therapist. And, of course, Ello will take a small percentage cut of sales. 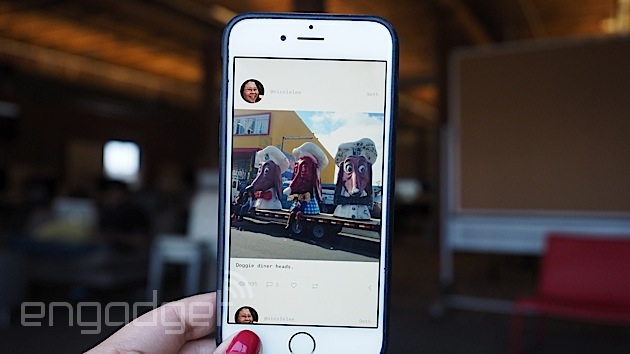 Yet, it remains to be seen if Ello will actually catch on outside of just a few early adopters and that initial community. Most of my friends who jumped on Ello months ago have stopped using it. The last post I see on my feed was over a month ago. I'm not sure if a mobile app will change their usage all that significantly.

At the end of it all, however, Ello is still holding on to its core mission statement of not having ads and keeping the community relatively small. The team is mostly run out of Denver and Vermont and only has around 28 employees. "We don't want to become another Wal-Mart social network," says Budnitz. "We're not here to sign up everyone in the world."

The new Ello app is rolling out for iOS first, but will come to Android and Windows devices later this summer.

Source: Ello
In this article: ad-free, app, ello, ios, iphone, privacy, socialnetwork
All products recommended by Engadget are selected by our editorial team, independent of our parent company. Some of our stories include affiliate links. If you buy something through one of these links, we may earn an affiliate commission.