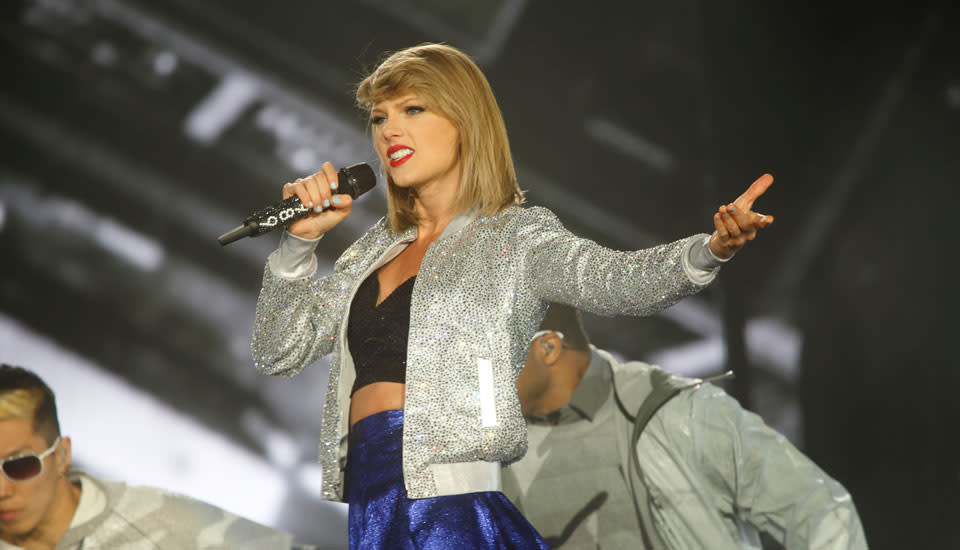 Taylor Swift isn't just miffed at Spotify for its low payouts to musicians... she has a beef with Apple, too. The pop star has written an open letter saying that Apple Music won't get her latest album, 1989, because the service isn't paying artists or producers during subscribers' 3-month trial period. According to Swift, it's not about her own cut. She's more concerned about the "young songwriter" who's counting on that first single to stay afloat. While she's a fan of Apple steering listeners toward paid streaming, she doesn't think that it's fair to ask people to "work for nothing," especially when the iPhone maker has plenty of spare change to spend.

Apple hasn't responded to the letter, and we've reached out to see what the Cupertino crew says. However, it's already clear that the dispute over Apple Music's long unpaid trials will have consequences for your access to major label musicians, not just indies. While Apple is paying a higher than normal rate in hopes of making up for the royalty-free period, that may not matter much if your favorite singer is upset enough to pull some of her catalog in protest.

In this article: apple, applemusic, entertainment, internet, music, services, streaming, taylorswift, TL17RYLT
All products recommended by Engadget are selected by our editorial team, independent of our parent company. Some of our stories include affiliate links. If you buy something through one of these links, we may earn an affiliate commission.