Mikme Pocket lets you record mobile audio like a pro

Mikme is a wireless microphone and audio recorder like no other 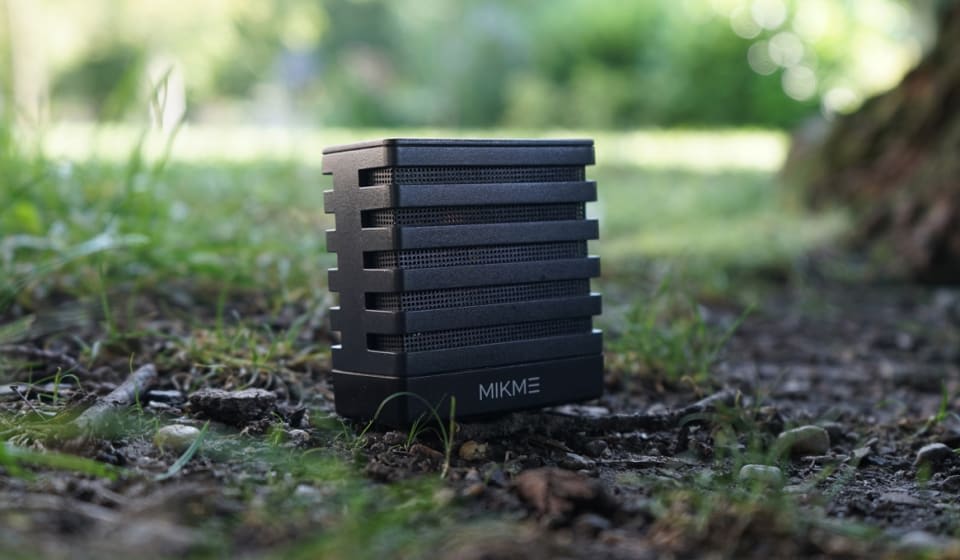 Recording random bits of sound these days is easy -- but recording audio that sounds good enough to be used in professional environments still requires plenty of work. Enter Mikme, a portable audio recorder that can capture high-quality 24-bit/96 kHz audio with the press of a button and, most distinctively, it can also stream recordings over Bluetooth. Mikme's iPhone app captures those wireless streams, or you can set it up as a Bluetooth microphone on your computer. Mikme is kicking off an Indiegogo campaign today with the hopes of raising $25,000, which follows a failed Kickstarter campaign from last fall in which it tried to raise an ambitious $217,000 (it got up to $85,615 from backers). You can snag a Mikme of your own for $169 from its Indiegogo page, and the company expects to ship the microphone later this fall.

Founder Philipp Sonnleitner, formerly an engineer at the audio giant AKG, says he was inspired to create Mikme while playing the piano. He was frustrated by how difficult it was to capture high-quality audio and get it online. Typically, that involved recording it with some complex setup, editing it on desktop software, and then uploading it. Mikme, on the other hand, is all about simplicity. While it works just fine as a standalone audio recorder, its most compelling feature is its ability to send recording streams to its app or your computer. You can edit multiple audio tracks from Mikme's iPhone app (which is headed to Android soon), or just treat it as another audio source in your recording software of choice. It can store up to 180 hours of audio on 8GB of storage and its battery should last around 7 hours.

You can take a look (and listen) to Mikme in action below. I've included a portion of audio recorded by Mikme, which sounds much more rich than the onboard microphone on my Sony Alpha 6000. In an off-camera demonstration, I also saw the device wirelessly send audio to Sonnleitner's iPhone. It's hard to get excited for anything recorded over Bluetooth, but Sonnleitner says he's developed a patent-pending wireless link that performs better than standard Bluetooth profiles like A2DP.

Like most specialized audio gear, Mikme isn't for everyone. But it could be incredibly useful to musicians who want to record their work on the go, or for journalists and podcasters who need something more capable than their iPhone's microphone. Based on what I've heard, it sounded as good as a typical audio recorder when it came to voice. And, judging from the video below, it can also handle music pretty well. Right now we're just hearing recordings from prototype Mikme hardware, so we'll reserve full judgement until we get our hands on a more final version.

Source: Mikme, Indiegogo
In this article: Mikme
All products recommended by Engadget are selected by our editorial team, independent of our parent company. Some of our stories include affiliate links. If you buy something through one of these links, we may earn an affiliate commission.