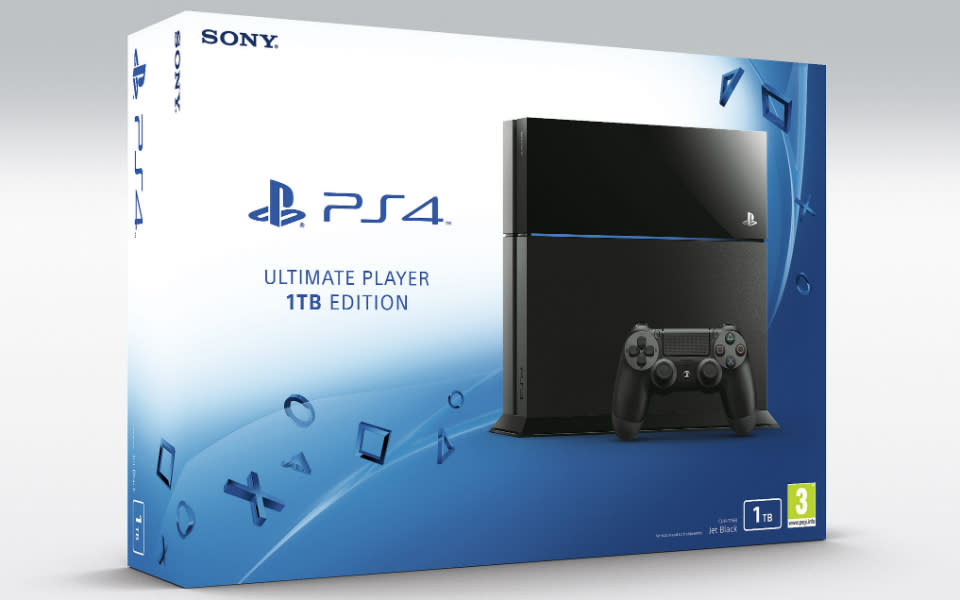 Sony and Microsoft had a ton of games to show off at E3 this year, so we didn't see much in the way of hardware announcements. Microsoft's 1TB Xbox One was unveiled before the event and today, we're finally seeing the same move from Sony. On its European blog, the company revealed that its new "Ultimate Player Edition" PS4 with double storage will debut across Europe on July 15th. There's no word on a wider release just yet, but given the model has already appeared in an FCC filing, a US launch seems inevitable.

A 1TB console isn't the only announcement to come out of Sonyland this morning though. The company has tweaked the design of its 500GB model to make it 10 percent lighter and 8 percent more power efficient than before. Hardly a major overhaul, but PlayStation fans will note that the glossy top cover has also been replaced with a "more casual" matte finish. Thirdly, Sony has updated its not-so-hot PlayStation app for iOS and Android today with a couple of nifty features. The first is the ability to enter PSN gift cards and promotional codes, so you no longer have to power on your PS4 to redeem them. The second is the option to display comments on your phone or tablet while you're broadcasting from the console -- perhaps a simpler way to keep your streaming setup neat and tidy.

Nice update for PlayStation app on iOS and Android improves PlayStation Store browsing experience and more. Give it a shot!

In this article: 1tb, android, app, Europe, ios, PAL, PlayStation, playstation4, ps4, sony, stroage
All products recommended by Engadget are selected by our editorial team, independent of our parent company. Some of our stories include affiliate links. If you buy something through one of these links, we may earn an affiliate commission.