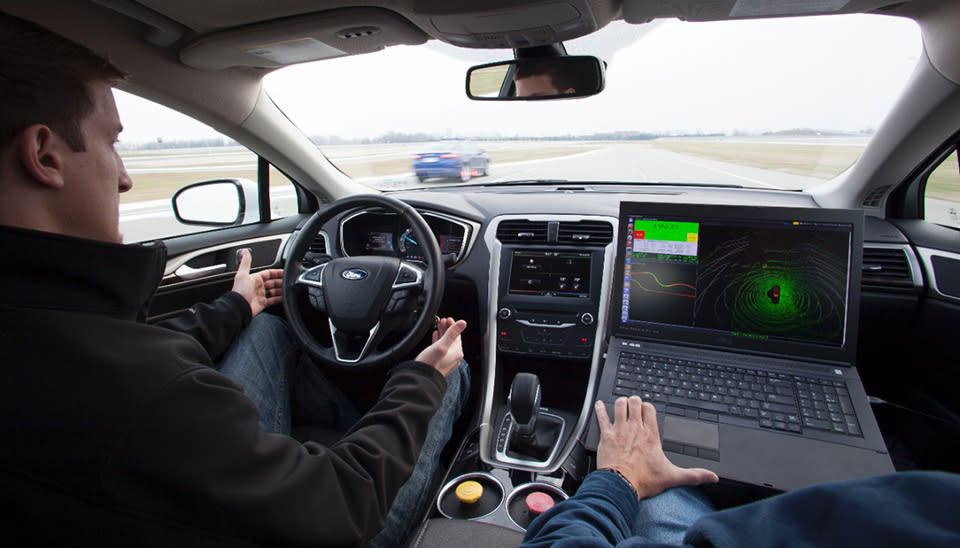 Ford's new Research and Innovation Center in Palo Alto must be doing well. The autonomous driving technologies the company's been developing in the facility, which are all part of its "Smart Mobility" plan announced at CES this year, are entering advanced engineering and implementation phase. For starters, the company will work on making its sensing and computing technology viable for actual use. It will also bring Pre-Collision Assist with Pedestrian Detection that's already loaded on Ford Mondeos in Europe to a Ford vehicle in the US by next year. More importantly, the Detroit-based automaker plans to install driver assist technologies across its product lineup within the next five years. Those technologies include park assist, lane-departure warning and rear cross-traffic alert.

In the manufacturing side of things, Ford has partnered with Carbon3D, a startup from Redwood City, which developed an impressively fast 3D-printing technique. As we reported in the past, solid objects can emerge from a pool of resin within minutes using the Terminator-inspired method. According to Ford Group VP Raj Nair, Carbon3D's technology will allow the company "to quickly create automotive-grade parts for product design prototypes." But from the sound of it, the automaker's also considering 3D printing production parts in the future.

The automaker has software news to share, as well: first, it's following in the footsteps of its peers and bringing its app to smartwatches. It's already confirmed the application for Android Wear, but there's no word yet on whether it'll be available for the Apple Watch. Second, the company has announced that it's launching its SYNC 3 entertainment system with conversational voice recognition and sensitive touchscreen in North America on the 2016 Ford Escape, Fiesta, F-150, Mustang and Transit.

Ford, by the way, has also officially launched the 2016 F-150 truck at its Further with Ford event in Palo Alto. In addition to SYNC 3, the truck comes with pro-trailer backup assist to make it easier to navigate into narrow parking spots. Finally, the automaker has introduced its new split-view camera feature, which allows drivers to see around corners.

In this article: androidwear, app, autonomousdriving, cars, ford, self-driving, siliconvalley, smartwatch
All products recommended by Engadget are selected by our editorial team, independent of our parent company. Some of our stories include affiliate links. If you buy something through one of these links, we may earn an affiliate commission.