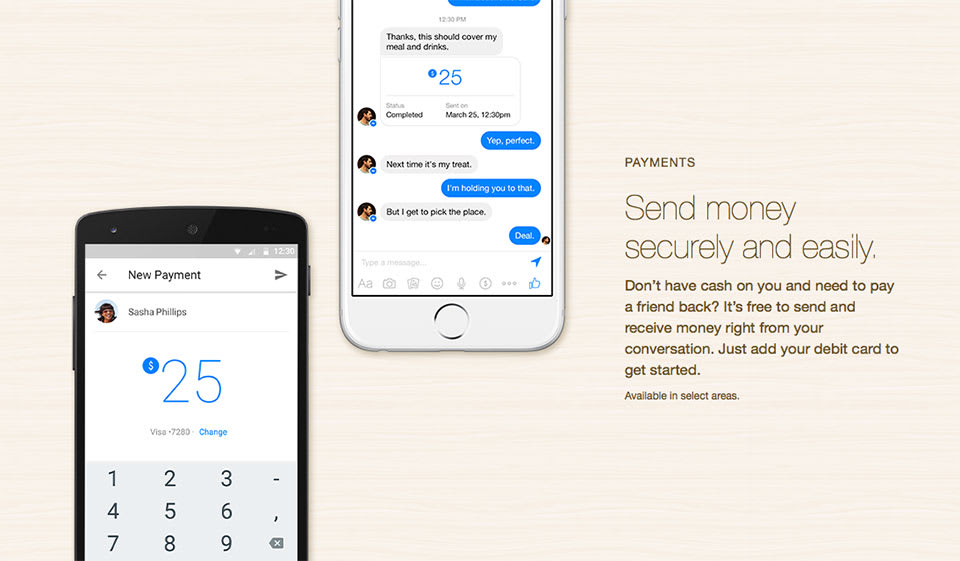 When it first announced plans to let you send money to your pals in its Messenger app, Facebook said the feature would roll out in the States in the coming months. Well, the time has come. After flipping the switch for folks in New York City and the surrounding areas in late May, the social network is letting users in the rest of the US beam funds to friends, too. To leverage the currency tool, you'll need to link a debit card before money can be transferred from your bank account to a recipient. For added security, you'll have to input a PIN before each transaction and iPhone/iPad users can employ Touch ID to verify their identity. And all of the transferred data travels via an encrypted connection. Messenger may not be your first choice to reimburse someone for concert tickets or for picking up your tab, but if you use the app to chat with friends or family, it could come in handy.

Source: David Marcus (Facebook)
In this article: facebook, facebookmessenger, messenger, mobilepostcross, money, sendingmoney
All products recommended by Engadget are selected by our editorial team, independent of our parent company. Some of our stories include affiliate links. If you buy something through one of these links, we may earn an affiliate commission.