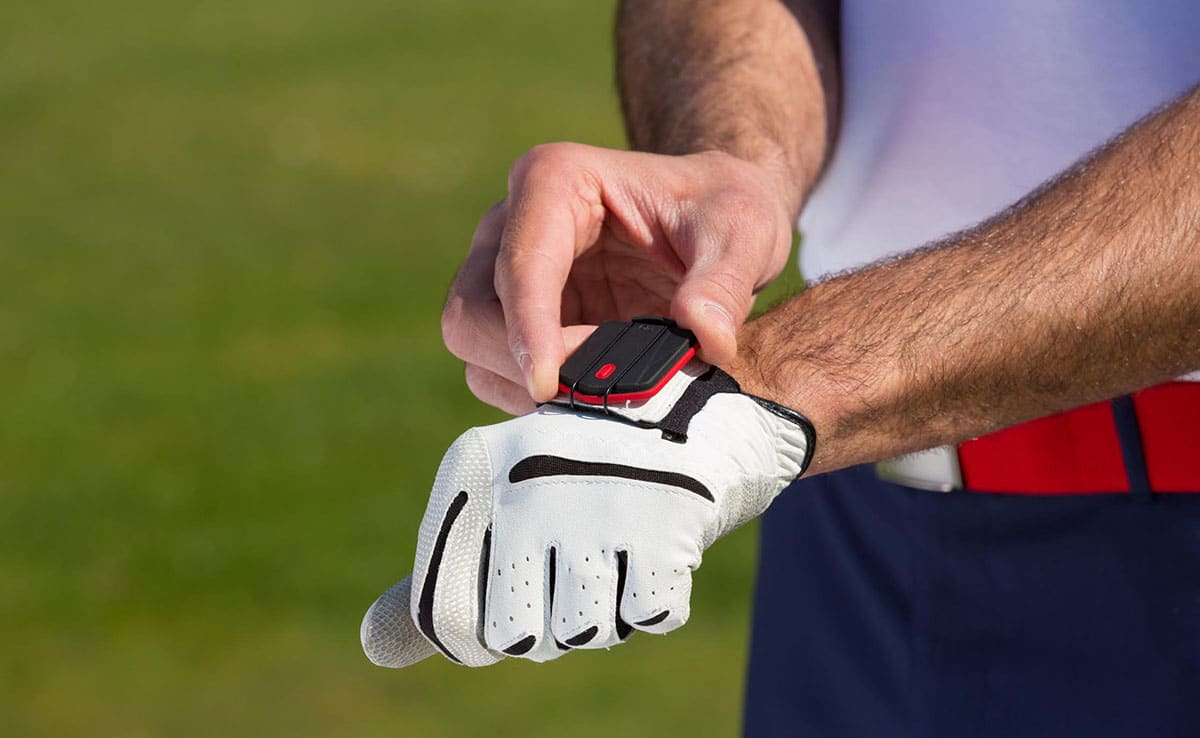 There are golf sensors out there that track your swing and others that give you yardage and stats, but wouldn't it be nice to have one that did both? That's the theory behind the PIQ golf sensor, which comes equipped with NFC, GPS, Bluetooth and a 13-axis motion sensor. For distance measuring, the company says it has the "lightest and sleekest GPS rangefinder" out there that clips onto your glove. A bright LED display will give you the distance the front, center and back of the green, so that you don't have to pull out a smartphone or wear a custom watch. Thanks to a deal with golf outfit Mobiltee, it can automatically figure out where you are from its 35,000 course database.

The device also measures your swing metrics for each shot, including clubhead velocity, height, air time and more. To tell it which club you're using, it comes with 18 NFC tags that attach to the grip in a very similar way to Game Golf's NFC tagging setup. You just tap your club to the PIQ sensor prior to each shot, then it'll record your swing data and transfer it via low-energy Bluetooth (BLE) to your smartphone. At the same time, it's recording the distance of every shot you hit and where you hit it from so that you can analyze your round later.

Putting the two together, you can not only see that you hit a seven-iron out of the rough and onto the green, but also the clubhead speed and face angle -- a wealth of info for serious golfers. (And most of us are pretty serious.) To analyze your swing and chart your progress, PIQ says you'll get unlimited access to Mobitee and its own apps. It'll also reveal similar swing trackers for two other sports later in the year. If you're interested, the device is now up for pre-order in Europe for a limited time at 199€, rising to 269€ later on. It'll ship to customers in September, just before it arrives in retail stores. As for the US, I'm told the PIQ sensor will arrive in late August or early September for around $300.

Source: PIQ
In this article: game improvement, Golf, Piq, sports tracker, Swing tracker, video
All products recommended by Engadget are selected by our editorial team, independent of our parent company. Some of our stories include affiliate links. If you buy something through one of these links, we may earn an affiliate commission.