easyJet's hybrid plane design has a hydrogen fuel cell inside

Toyota bets on hydrogen with the FCV Mirai 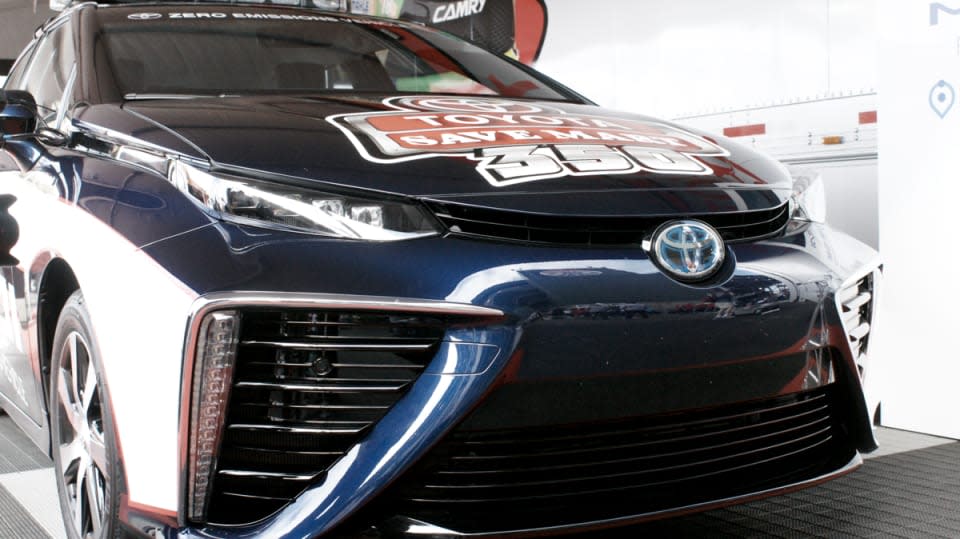 Its name means "future" in Japanese. The FCV (Fuel Cell Vehicle) Mirai is Toyota's $57,500 bet (not counting clean fuel incentives) on a future where hydrogen vehicles roll into fueling stations just as easily as their gasoline-powered counterparts. It wants another Prius moment, but the desire to drive an environmentally friendlier car can't override the need to actually fill the car with fuel. The car itself hits all the important sedan marks: aggressive styling, solid acceleration (0-60 in nine seconds) and, from our time being driven on the track, solid handling thanks to the fuel cell stack residing under the passenger compartment for a low center of gravity. The 312-mile range is on par with its gas-guzzling counterparts. But even with a hybrid engine to reduce hydrogen fuel consumption to 67 miles per gallon equivalent, it still needs to be refueled.

So Toyota is launching the vehicle in California and teaming with the state to place 100 stations in the next 10 years. Of those, 17 will be completed by the end of 2015 and will join three stations that are already online. The stations will be concentrated in Los Angeles and Orange counties and the Bay Area with a single location opening along Interstate 5 at Harris Ranch for trips between those areas. As a bonus for new owners of the FCV, Toyota is throwing in three years of complimentary fuel up to $15,000.

As for other regions, the infrastructure just isn't there to even bother trying to sell a hydrogen vehicle. In the Northeastern portion of the United States the carmaker has teamed with Air Liquide to build 12 hydrogen stations in New York, New Jersey, Massachusetts, Connecticut and Rhode Island. While Toyota is working to build up that infrastructure, it's only selling the Mirai in California for now. But if hydrogen is truly going to be a viable transportation alternative it's going to take more than one car and a handful of filling stations.

In this article: FuellCell, Hydrogen, Mirai, Toyota, video
All products recommended by Engadget are selected by our editorial team, independent of our parent company. Some of our stories include affiliate links. If you buy something through one of these links, we may earn an affiliate commission.