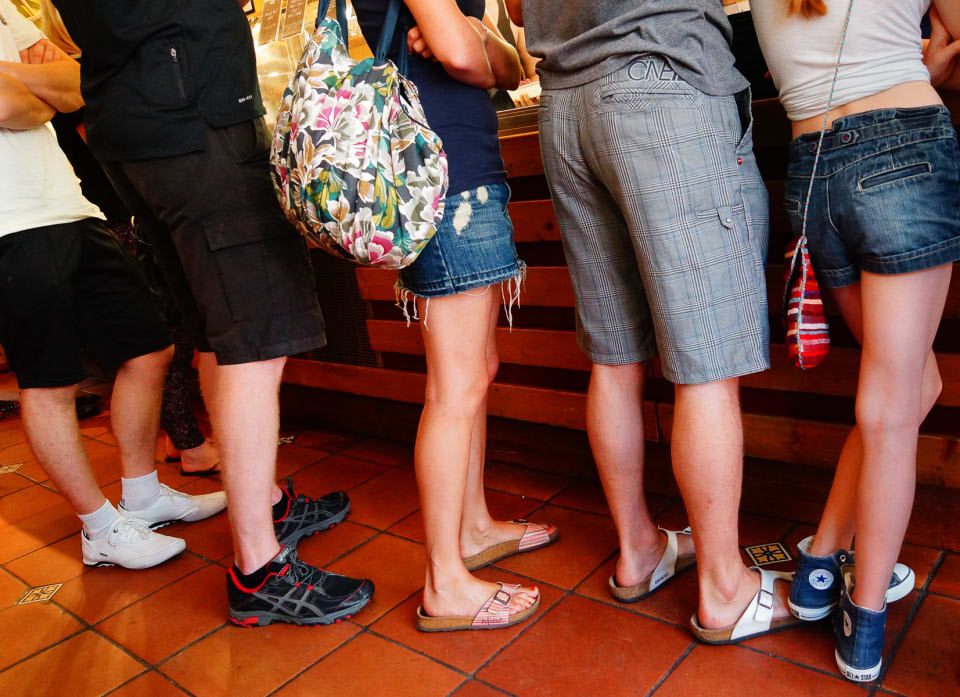 As I write this, I'm waiting in line. Not at the grocery store or camping out for a superfluous wearable, but to get into a website. That only one person can visit at a time. For a total 60 seconds. It's madness. There are 3,662 people ahead of me and my ticket number is 113,664. I'm not great at math, but I estimate that it's going to be awhile before I see what's contained on Most Exclusive Website. As site designer Justin Foley tells The Washington Post, he made this website because it's the exact opposite of what the internet is supposed to be: open and accessible by anyone. As for what's in the metaphorical box (or Marcellus Wallace's digital briefcase), that isn't so clear, but WaPo thinks it's random pictures of an "internet-famous animal." So, Grumpy Cat perhaps?

The website isn't exactly new, but it recently made an appearance on Johnny Lists, subsequently hit the front page of Reddit and collapsed under the weight of so many people trying to log in at once. As Foley tells it, of the 300,000 people who've tried accessing the site since Tuesday just 55,000 made it in and out of every nine people waiting in line, eight of them jump ship. And me? I accidentally closed the tab. Cripes. Time to start over.

Via: The Washington Post
Source: Most Exclusive Website
In this article: internet, johnnylists, justinfoley, mostexclusivewebsite, queueing, waiting, websites
All products recommended by Engadget are selected by our editorial team, independent of our parent company. Some of our stories include affiliate links. If you buy something through one of these links, we may earn an affiliate commission.