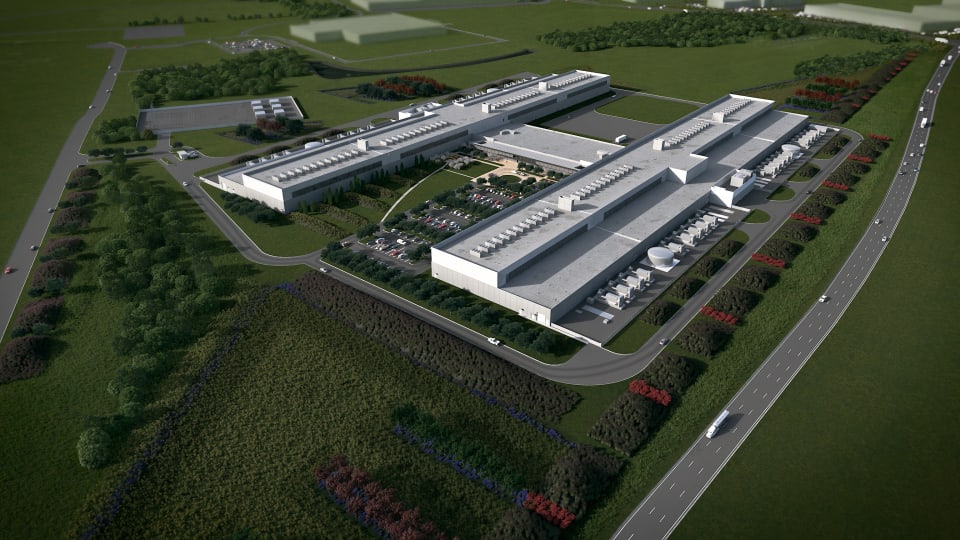 Facebook is stepping up its commitment to renewable energy today. While announcing a new data center in Fort Worth (above), which happens to be entirely powered by wind energy, the social network also set a new goal of having 50 percent of its data centers relying on renewables by the end of 2018. That follows an earlier self-imposed goal to have 25 percent of its data centers powered by clean energy come the end of this year. Naturally, Facebook plans to have all of its operations powered by renewable energy eventually. It's also working together with Greenpeace -- which took today's announcement as a chance to shame Amazon for its data center energy usage -- to ensure that it's exploring new energy options properly. Facebook teamed up with Citi Energy, Starwood Energy, and Alterra Power to bring a 17,000 acre wind farm online for its new Fort Worth data hub, which should deliver around 200 MW of energy to Texas. Facebook plans to get that new data center online by the end of 2016.

Source: Facebook
In this article: cleanenergy, facebook, renewableenergy
All products recommended by Engadget are selected by our editorial team, independent of our parent company. Some of our stories include affiliate links. If you buy something through one of these links, we may earn an affiliate commission.