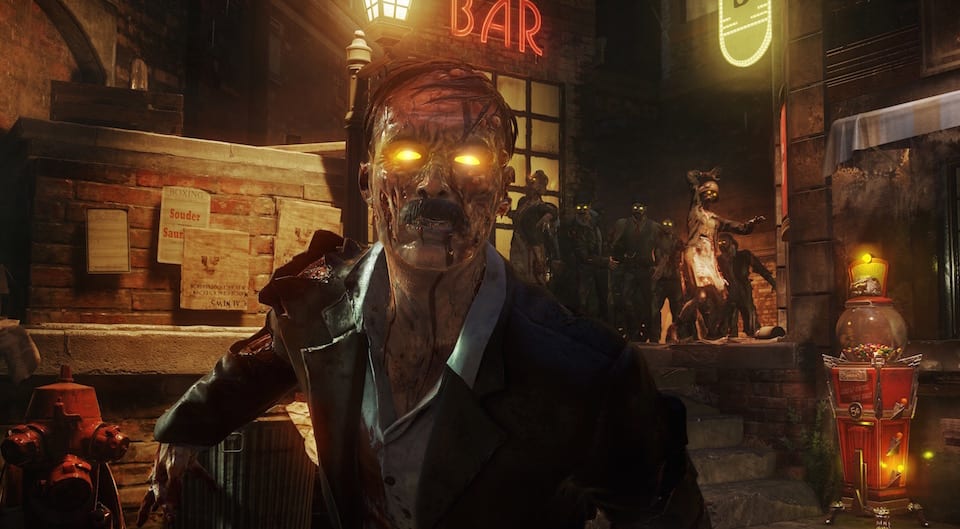 It was known Call of Duty: Black Ops 3 would have a Zombies mode, but Treyarch hadn't revealed any more details beyond that -- up until now, at least. Today, as part of the San Diego Comic-Con festivities, the game developer introduced Shadows of Evil, a survival co-op experience that will be in Black Ops 3. What's more, Treyarch managed to cast some celebrities for the project, such as Jeff Goldblum (Independence Day, Jurassic Park), Heather Graham, Neal McDonough, Ron Perlman and Robert Picardo. The latest edition of the Call of Duty franchise is set to be released on November 6th for PlayStation 4, Xbox One and PC. But while you wait for it to come out, here's the Zombies Shadows of Evil trailer for your viewing pleasure. Source: Call of Duty
In this article: Black Ops, Black Ops 3, BlackOps3, Call of Duty, Call of duty Black Ops 3, CallofDutyBlackOps3, hdpostcross, Zombies, Zombies Shadows of Evil
All products recommended by Engadget are selected by our editorial team, independent of our parent company. Some of our stories include affiliate links. If you buy something through one of these links, we may earn an affiliate commission.