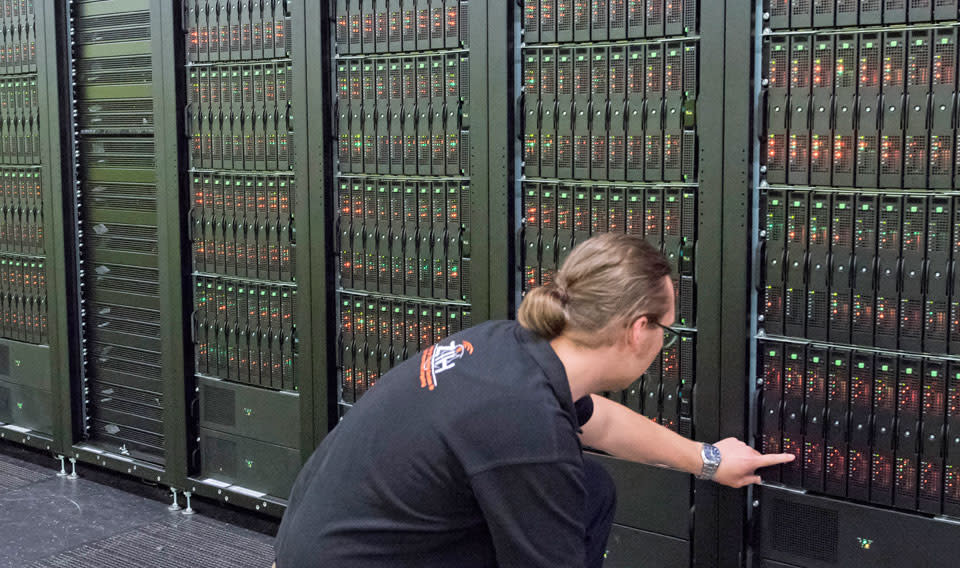 Many servers, supercomputers and other monster systems thrive on high-speed RAM to keep things running smoothly, but this memory is wildly expensive -- and that limits not just the number of nodes in these clusters, but who can use them. MIT researchers may have a much more affordable approach in the future, though. They've built a server network (not shown here) that drops RAM in favor of cheaper and slower flash storage, yet performs just about as well. The key was to get the flash drives themselves (or specifically, their controllers) to pre-process some of the data, instead of making the CPUs do all the hard work. That doesn't completely close the speed gap, but the differences are virtually negligible. In one test, 20 servers with 20TB of flash were about as fast as 40 servers with 10TB of RAM.

This doesn't mean that flash-centric computing will be useful absolutely everywhere. MIT has only demonstrated its technique helping out with database-heavy tasks like ranking web pages. This wouldn't necessarily help much with tasks that depend more on calculations, and the networked design means this RAM-less approach wouldn't do much to help your home PC. All the same, this could help a lot if it lets your favorite cloud service run faster, or helps cost-conscious scientists devote money toward other projects.

In this article: cluster, flash, mit, ram, science, storage, supercomputer
All products recommended by Engadget are selected by our editorial team, independent of our parent company. Some of our stories include affiliate links. If you buy something through one of these links, we may earn an affiliate commission.