Logitech's first Logi iPad cases are all about tough corners

Blizzard teams up with Mega Bloks for Warcraft and StarCraft sets 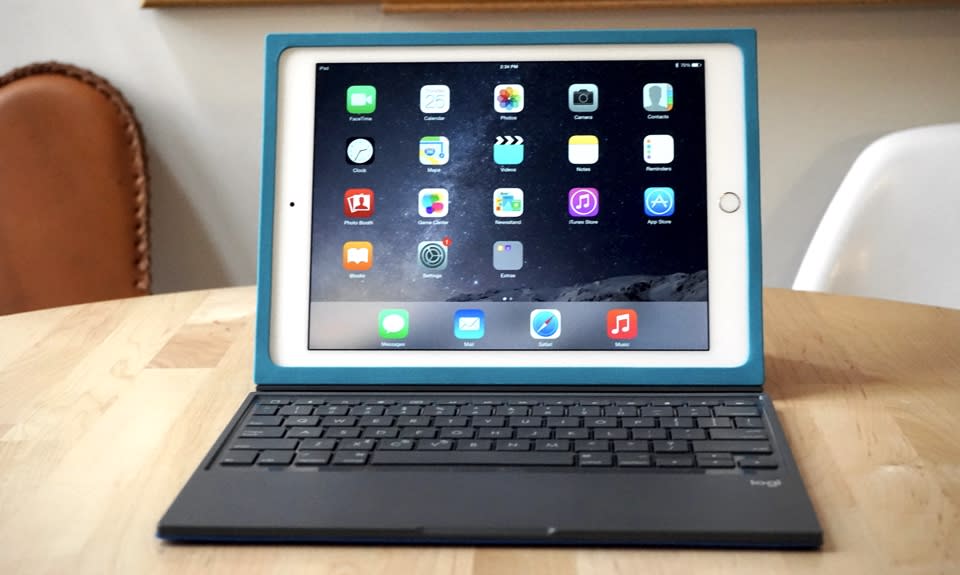 You might have heard that Logitech is rebranding itself with the hipper, more with it, Logi moniker. Now we've got the first official Logi products: iPad cases! The company's new "Blok" lineup of cases for the iPad Air 2 and iPad Mini all feature ribbed, shock-absorbent corners, the areas that typically get damaged when you drop your iPad. True to their name, they're blockier than most other cases today, but those sharper corners also give them a distinctive visual style that befits a brand desperate for attention from youngins. The $40/£30 Logi BLOK Protective Shell offers basic iPad protection (along with a screen protector), while the $70/£50 BLOK Protective Case offers complete screen protection and a (surprisingly) adjustable stand. But what really intrigues us is the $130/£100 BLOK Keyboard Case, mainly because Logitech has already made a name for itself with solid iPad keyboards over the years (and for much less than competitors like Typo). To prove the BLOK cases could actually take a wallop, Logitech vice president of mobility Michele Hermann brought out one of the company's drop test machines, a custom-made gadget torture device that looks like it belongs on the set of Mythbusters. She dropped an iPad equipped with the BLOK Shell from both three feet and fix feet and, as you can see in the video below, it emerged unscathed.

Logitech worked together with Cranfield University to find the right plastic mixture, allowing for a decent amount of protection without making the cases too thick. I was honestly surprised by how thin they were during my brief hands on time. I'm not usually one for tablet cases, especially on a thin device like the iPad Air 2, but I could actually see using the BLOK lineup. The stand on the BLOK Case and Keyboard Case feels reminiscent of Microsoft's Surface stands, but without the complicated hinges.

The BLOK family of cases will be available in stores in August. We'll be testing them out soon, so check back for more on how they perform in the real world.

In this article: BLOK, iPadcases, Logi, Logitech, mobilepostcross
All products recommended by Engadget are selected by our editorial team, independent of our parent company. Some of our stories include affiliate links. If you buy something through one of these links, we may earn an affiliate commission.