Disney+ moves up 'WandaVision' premiere to 2020 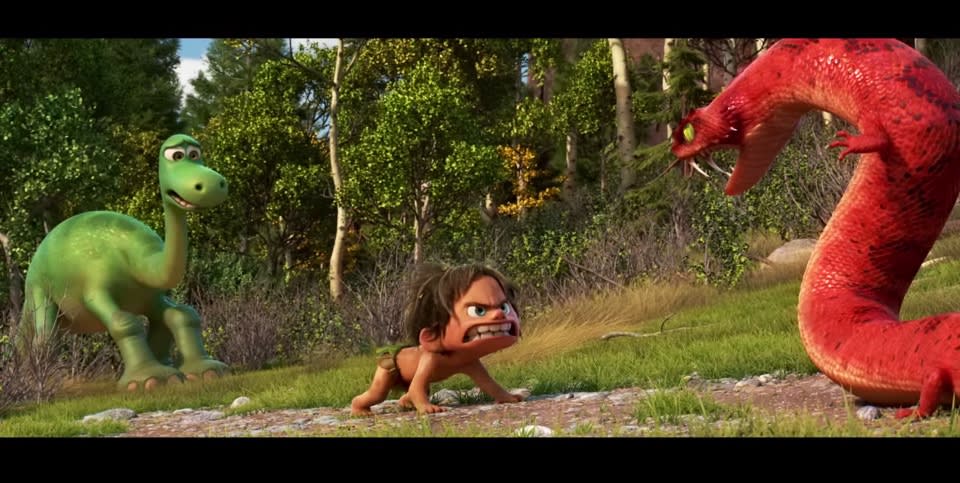 It's a good year for Pixar fans: Inside Out was one of the studio's best films in years, and we also have another to look forward to on November 25, The Good Dinosaur. Now we've got our best look at the film yet with its first official trailer, which features some of Pixar's most photorealistic CGI work yet. The basic premise: What if the asteroid that wiped out dinosaurs 65 million years ago missed Earth? And what if humans and dinos evolved alongside each other? The film centers on an Apatosaurus named Arlo who's separated from his family and befriends a young human named Spot. It's a typical Pixar subversion of the "boy and his pet dinosaur" idea -- this time, the human appears to be the pet. Pixar based the environments in the film on real locations to achieve that photorealistic look, complete with terrain data from around the world, Wired reports. The movie is reportedly low on dialog, but who needs it with imagery like this?

Via: Slashfilm
Source: YouTube
Coverage: Wired
In this article: Disney, Pixar, TheGoodDinosaur
All products recommended by Engadget are selected by our editorial team, independent of our parent company. Some of our stories include affiliate links. If you buy something through one of these links, we may earn an affiliate commission.