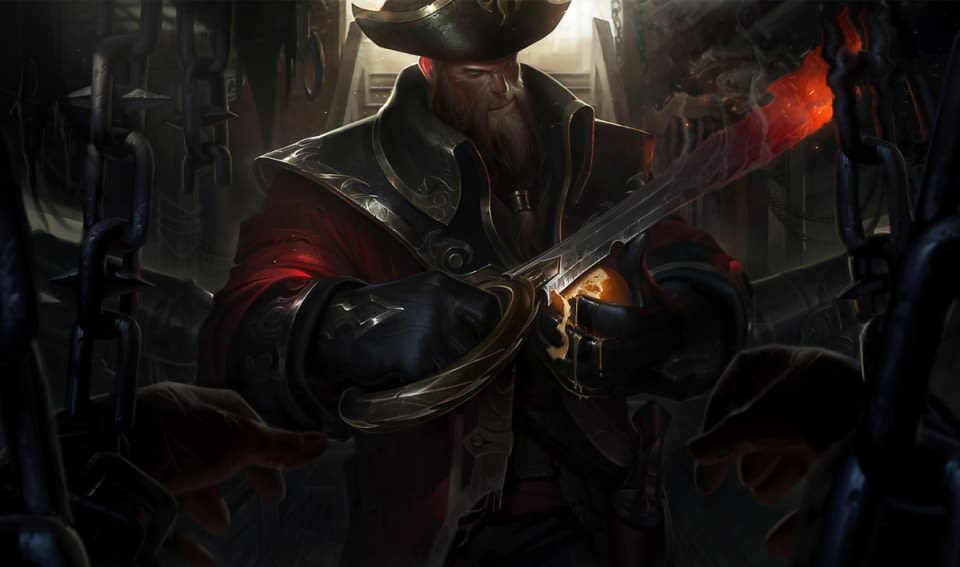 Gangplank is dead. Riot, the developer of League of Legends, took an unprecedented move this week and killed off one of its champions, the pirate Gangplank. He's completely unavailable in the game right now, even for people who have thrown down real money for skins. Gangplank's surprising death came as part of the Bilgewater event, which builds up the lore in League of Legends' more pirate-y champions, including Gangplank and his apparent assassin, Miss Fortune.

"We encourage all Gangplank fans to remain calm for a few days until we can fully assess the situation," Riot writes. "At this time we are not addressing refund requests for him or his skins but please know that over the next several days we'll do our best to make things right for everyone." The fact that Riot has killed a champion and isn't offering refunds to dedicated players suggests that a larger plot is afoot. What do you think Riot plans to do with Gangplank, now that he's taken a long walk off of his own, short plank?

In this article: gangplank, hdpostcross, LeagueOfLegends, Pirates, poll, riot, RiotGames
All products recommended by Engadget are selected by our editorial team, independent of our parent company. Some of our stories include affiliate links. If you buy something through one of these links, we may earn an affiliate commission.