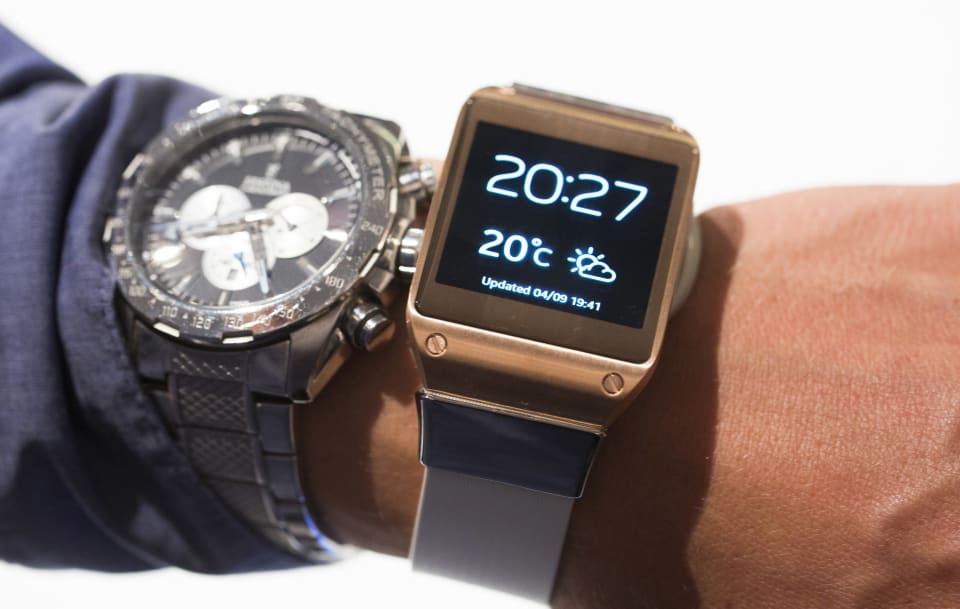 If everything we've heard so far is true, Samsung's next Gear smartwatch could be far more interesting than any of its current products. Following news that the wearable comes with a round design, the company has reportedly confirmed it's also going to feature a rotating, functional bezel ring. The Gear A, as the device is said to be called, plans to let people take advantage of this attribute by letting them use it to zoom in and out across the OS, as well as play games. According to SamMobile, the Tizen-powered smartwatch sports an Exynos 3472 dual-core processor with 4GB of onboard storage, a 250mAh battery and a 360 x 360 display that'll rely on the rotating bezel for some features. We'll likely know for sure on August 13th, when Samsung's scheduled to host its Unpacked 2015 event.

Via: Droid-Life
Source: SamMobile
In this article: Galaxy Gear, GalaxyGear, Gear A, GearA, Samsung, SamsungGalaxyGear, smartwatch, smartwatches
All products recommended by Engadget are selected by our editorial team, independent of our parent company. Some of our stories include affiliate links. If you buy something through one of these links, we may earn an affiliate commission.