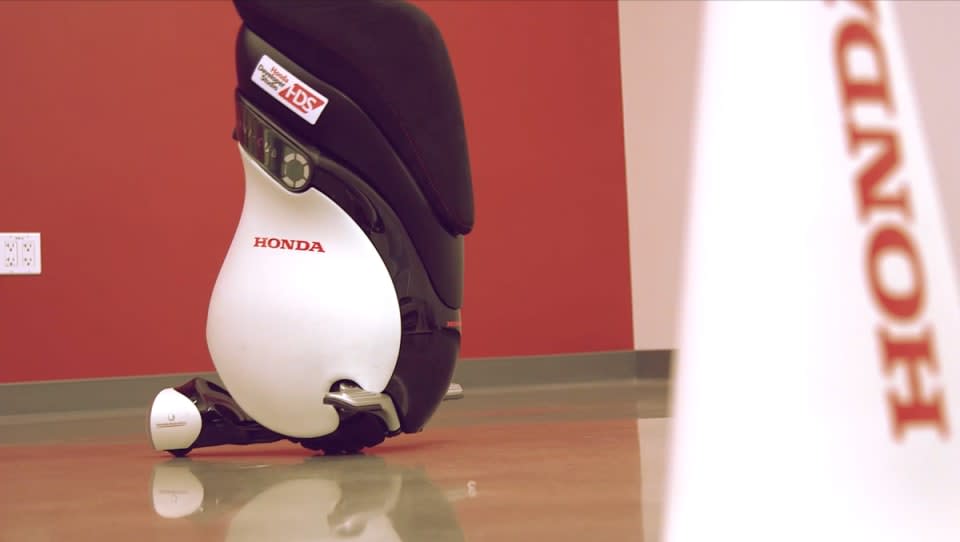 Honda has always been more than a car company. In addition to its car and motorcycle business, it also manufacturers marine vehicles, generators, a weird robot and even planes. To keep that spirit of just making as much stuff as possible alive it introduced the Uni-Cub personal mobility system in May 2012. It's been refined since then, but it's still not something you can run down the dealer and purchase. Honda is looking to developers to expand the its use cases beyond rolling you around a museum with an upcoming API for the rolling bar stool.

The Uni-Cub remote API will be released by the Honda Developer Studio this fall. Interested developers will be able to remotely control the vehicle's speed and directions. At the grand opening of its Silicon Valley R&D studio it demoed a Uni-Cub being controlled by hand gestures using a Leap Motion. It was a nice demo, but developers could potentially give the little chair another life including using it for guided tours without rider input, adding a bin to it and having it deliver office packages, or pairing it with a VR headset and playing the world's slowest yet fully immersible car racing game. Or better yet, a very slow jousting game.
In this article: API, Honda, RD, Uni-Cub, video
All products recommended by Engadget are selected by our editorial team, independent of our parent company. Some of our stories include affiliate links. If you buy something through one of these links, we may earn an affiliate commission.