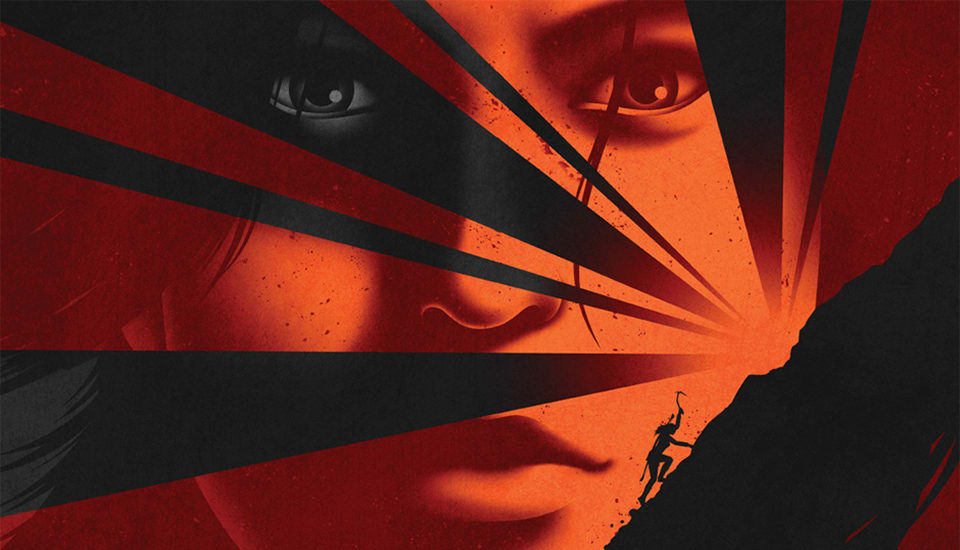 2013's Tomb Raider was a reboot of a game that defined the 3rd-person adventure genre. It represented a change in direction for the series, one that took cues from successful titles like Uncharted to breathe fresh life into what had become a tired franchise. But while critics rightfully praised the game's many strengths, the core of the original's gameplay -- tomb raiding -- was pushed to one side, with most of the game consisting of stealth, combat, and survival. For the timed Xbox exclusive Rise of the Tomb Raider, developer Crystal Dynamics is bringing back tombs in a big way, and making some intelligent design decisions to update the old gameplay for the modern era.

At Gamescom this year, Microsoft offered us a brief demo that showcases what tomb raiding will feel like in Rise. Since the "Siberia" demo shown at E3, Lara has made her way over to the Syrian desert on the trail of a hidden treasure. We begin with a cut scene where, of course, things quickly go awry, and are left on a cliff face by the entrance to a mysterious cave. By a marvelous coincidence, that cave just so happens to be the entrance to the hidden tomb Lara's been looking for. So we enter.

"We want to celebrate that nostalgic feel of a tomb raid through a modern lens," says Crystal Dynamics' Brand Director Rich Briggs. What does that mean? It means that old Tomb Raider tropes, like puzzles that involve pulling a lever or putting plates into walls in order to progress to new areas, won't be present in Rise. "We're making them environmental puzzles, physics-based puzzles, so they feel like a modern interpretation."

The current demo showed an example of how this will work: As Lara, you're standing at the edge of a shallow pool of water, needing to progress to a ledge too high to reach. Water is trickling through a shoddy-looking wall, so you break it with your pick axe, flooding the area further, and enabling you to reach the ledge. The puzzles will get more complex, of course, but that's one of the ways that the developers are replacing old gameplay mechanics with a fresher take. Functionally, the action is the same as before: you walk up to a wall and press a button. It's just transferring the old dynamics of the series into a new wrapper. But it makes a lot more sense that whoever laid out this labyrinthine tomb wouldn't simply put a lever on the wall to allow a would-be raider progress.

"We want to celebrate that nostalgic feel of a tomb raid through a modern lens."

Traps are also making a return to the series. "Tombs are meant to feel dangerous," Briggs explains. "We want you to feel like there's danger around every turn." In the brief demo, I encountered platforms collapsing, spike pits, and the good ol' swinging-spikey-stick-from-the-ceiling trap. It adds a lot to the experience.

The third piece of the puzzle, Briggs says, is exploration and discovery. "We want you to feel like you're the first person to be there in hundreds or thousands of years." In the demo, that "wow" moment came as we broke through a wall into a giant open space. There are lots of artifacts and collectable items to find, and discoveries to be made. The game even has you leveling up your language skills in order to translate ancient texts that'll lead the way to treasures.

Rise will still incorporate many of the elements that made the reboot popular, of course, but Crystal Dynamics is really aiming for a broader experience here. While 2013's Tomb Raider had you exploring a single island, the scope of Lara's world is clearly different in Rise. Between the E3 showing and this Gamescom demo, we've already seen Lara fight through icy Siberia and treasure-hunt in scorching Syria. The emphasis is shifting back towards the series' roots, and Lara Croft is no longer just the reboot's survivor -- she's the tomb raider.

In this article: CrystalDynamics, gamescom-2015, hdpostcross, laracroft, microsoft, riseofthetombraider, tombraider, xbox, xboxone
All products recommended by Engadget are selected by our editorial team, independent of our parent company. Some of our stories include affiliate links. If you buy something through one of these links, we may earn an affiliate commission.