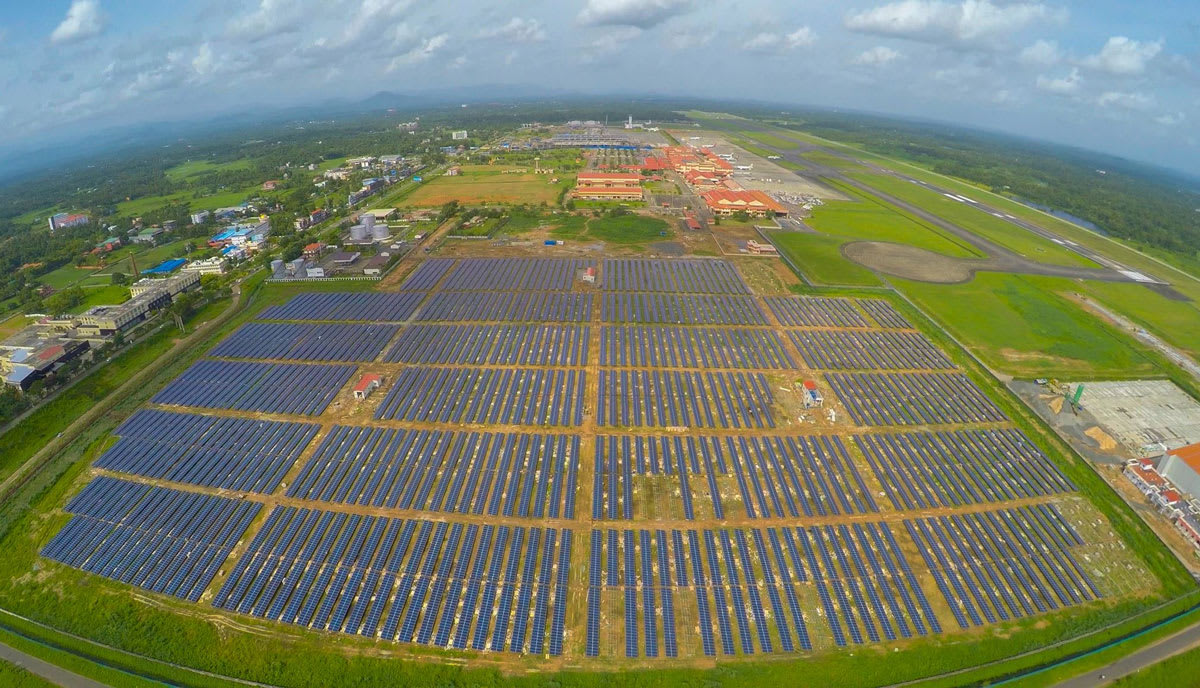 If humanity is to survive, it's going to have to embrace alternative forms of energy and ditch carbon at double-quick speed. India's making a pretty big stride in that direction after declaring Cochin International Airport as the world's first facility of its kind that runs entirely on solar power. All of the airport's energy requirements are met thanks to a roof-mounted installation on the terminal, as well as a solar plant beside the cargo warehouse. The plant comprises 46,150 panels that spread across 45 acres and generates 12MW -- with any excess power being pushed back into the local grid. Over the next 25 years, it's expected to save roughly 300,000 metric tons of carbon, which is a start.

Via: Economic Times, Time
Source: Cochin International Airport
In this article: Airport, Carbon, ClimateChange, Co2, CochinInternationalAirport, Green, SolarPower
All products recommended by Engadget are selected by our editorial team, independent of our parent company. Some of our stories include affiliate links. If you buy something through one of these links, we may earn an affiliate commission.