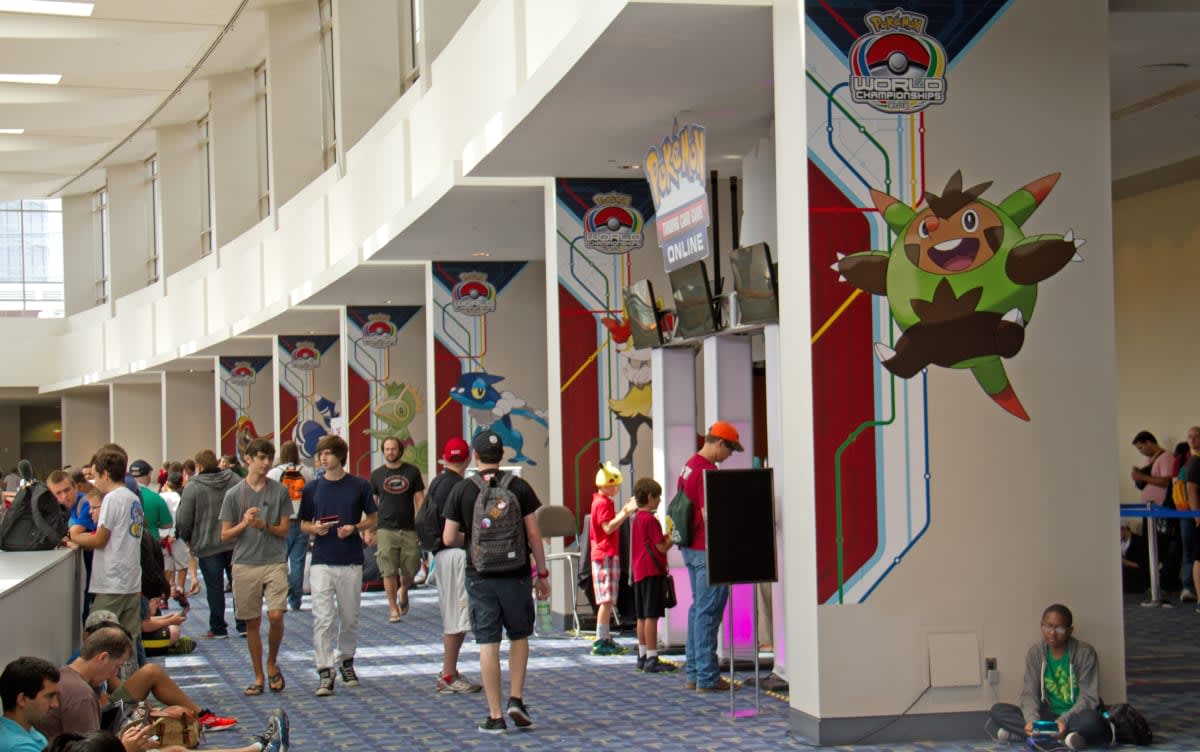 In a bizarre turn of events, police have taken two men into custody for threatening the Pokémon World Championships in Boston. Investigators from the Boston Police Department (BPD) were tipped off after James Stumbo and Kevin North, 27 and 18 respectively, posted an image of an AR-15 and shotgun on Facebook, saying "(we) are ready for worlds Boston here we come!!!." Police searched their car yesterday and discovered the two weapons, along with hundreds of rounds of ammunition and a hunting knife. What makes it bizarre is that both players had actually qualified for the World Championships -- no easy feat -- and Stumbo was even the Nebraska state Pokémon champion.

According to Motherboard, players and the public hadn't been informed about the threats and were only clued in by the presence of police and bomb-sniffing dogs. Police weren't taking any chances, screening every bag and setting up officers on each floor of the convention center. The BPD said that they were informed of the threats by "private security (that reached) out to their local Boston police district and relay(ed) information to detectives... in order to identify the very real threat." The suspects have been arrested and charged with unlawful possession of firearms, among other infractions.

Via: Motherboard
Source: Boston Police Department
In this article: BostonPoliceDepartment, gunmen, Pokemon, PokemonWorldChampionships, threats
All products recommended by Engadget are selected by our editorial team, independent of our parent company. Some of our stories include affiliate links. If you buy something through one of these links, we may earn an affiliate commission.