Construction drones can keep track of progress and lazy workers 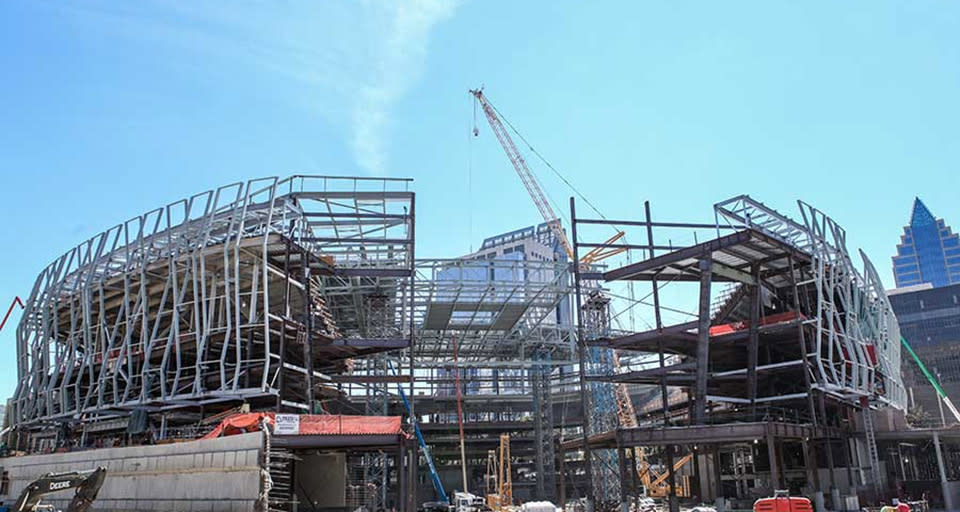 Cameras that keep an eye on construction sites aren't anything new, but the folks in charge of building the new Sacramento Kings stadium in California are using something a bit more high-tech than usual. Several camera-equipped drones operated by a company called ImageInFlight patrol the site to collect footage, which are then converted into 3D images. These images are run through software developed by a team from the University of Illinois, which compares them to architectural plans and previous images to measure progress. The method makes it easy to see if anything's behind schedule and which group of workers need to be more efficient.

As you can imagine, though, being observed by an autonomous drone can feel a bit disconcerting, if not downright post-apocalyptic, for some people. One of the software's developers, Mani Golparvar-Fard, however, says cameras or people observing construction isn't new to the industry. "Yes, making this autonomous has a different feeling for the workers," he told MIT's Technology Review, "But you have to keep in mind that it's not really questioning the efficiency of the workers, it's questioning what resources these guys need to be more efficient."

The University of Illinois team is also working on getting drones to attach cameras on construction sites, as well as on a crowdsourcing platform that sounds like a micromanaging boss' dream. People can use the platform to categorize workers in video footage to see what they're doing with their time during work hours.

In this article: constructiondrone, drone, sacramento
All products recommended by Engadget are selected by our editorial team, independent of our parent company. Some of our stories include affiliate links. If you buy something through one of these links, we may earn an affiliate commission.