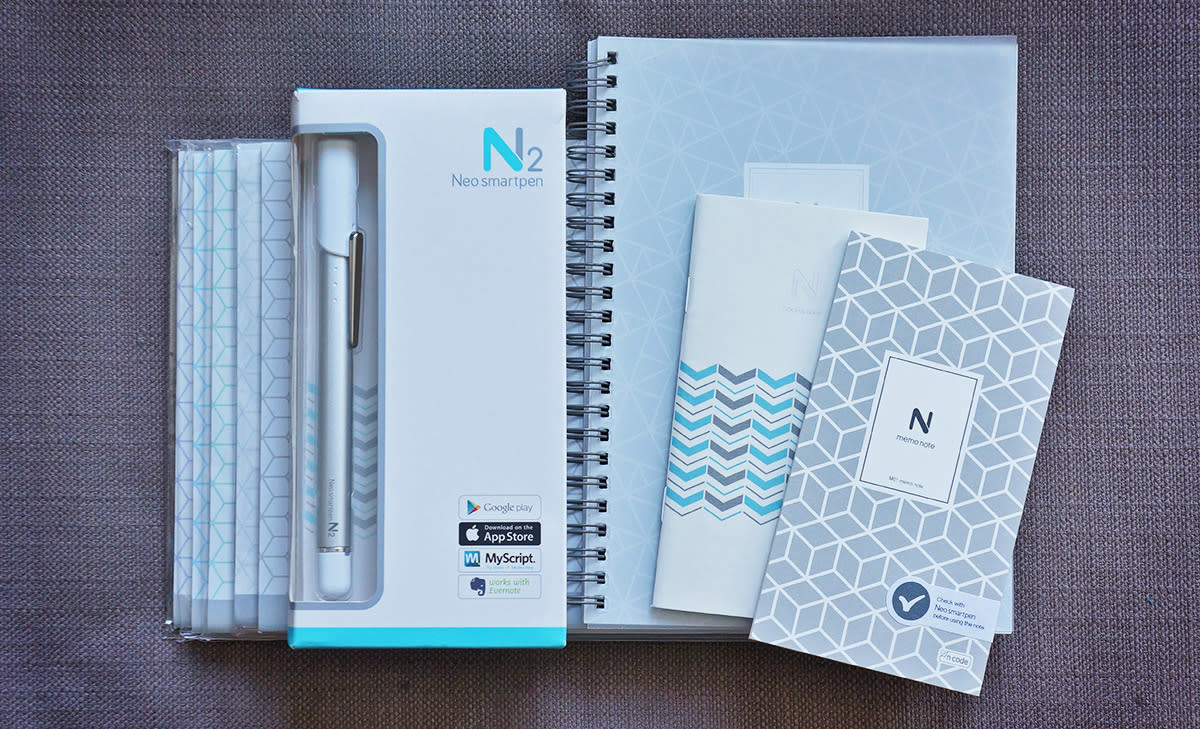 Ever wish you could transport those pen doodles and hand written notes to the digital world? The Neo smartpen N2 lets users write on paper with ink while the same data is sent via Bluetooth to the Neo Notes app or saved in the pen to sync later. The app lets you transcribe written text, record audio alongside the progress of a drawing and share content as .png, .jpg or .svg vectors. So far you've needed one of the company's NCode notebooks, but later this month you'll be able to print your own properly coded pages using the free N Toaster app for Mac and PC. Want to give your notes a makeover for 2015? Three lucky Engadget readers will each get a Neo smartpen N2 and a pack of eight notebooks to get you started. All you need to do is head down to the Rafflecopter widget below for up to three chances at winning.

Winners: Congratulations to Nathan S. of Maryville, TN, Eric P. of Greer, SC and Scott A. of Little Elm, TX!

In this article: contest, engadget giveaway, engadgetgiveaway, giveaway, neo smartbook, neo smartpen n2, smartpen
All products recommended by Engadget are selected by our editorial team, independent of our parent company. Some of our stories include affiliate links. If you buy something through one of these links, we may earn an affiliate commission.