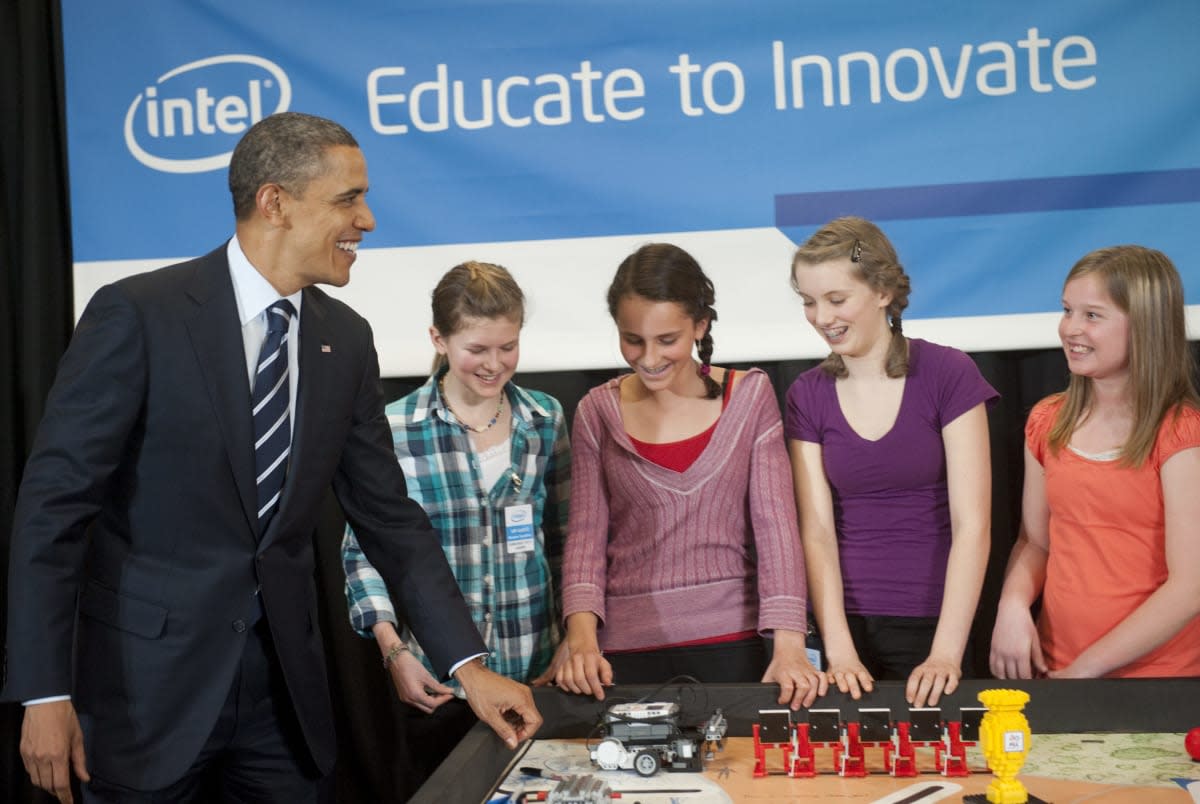 Intel, the world's largest chip maker, has announced that it'll end its long association with the Science Talent Search. STS is a program that unearths promising STEM talent from America's high schools, rewarding entrance with cash prizes and meetings with experts. The New York Times is reporting that the company will no longer sponsor the contest after 2017, although an international prize will run until 2019. Tellingly, Intel was unable to explain why it was withdrawing, despite the cost being just $6 million a year — pocket change for a company that makes quarterly net profits of around $3 billion. If we were to wildly speculate, perhaps it's got something to do with the fact that the firm is going to team up with TBS to create a reality show around the maker movement. We've reached out to ask the company for comment, but it had yet to respond to us by the time of publication.

In this article: Competition, Education, Funding, intel, Kids, ScienceTalentSearch, STEM
All products recommended by Engadget are selected by our editorial team, independent of our parent company. Some of our stories include affiliate links. If you buy something through one of these links, we may earn an affiliate commission.