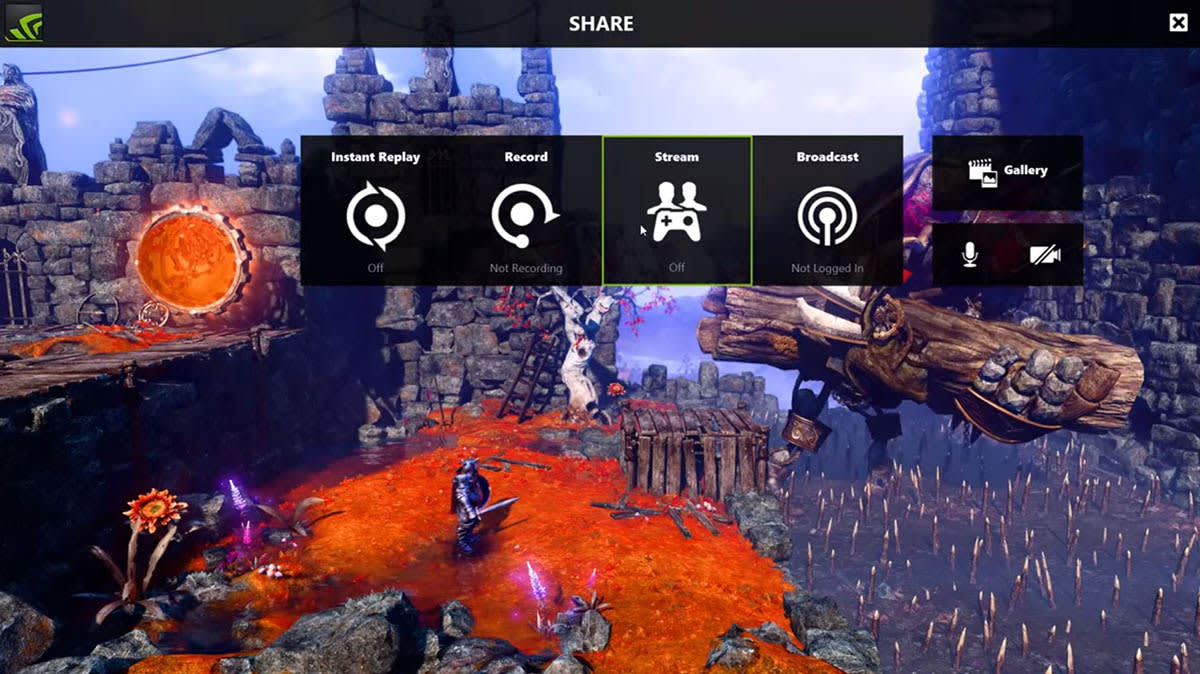 NVIDIA's GeForce Experience Share has been released in early access beta, giving PC gamers the ability to invite friends to take over a game or play cooperatively. Via an in-game overlay menu, players can use the "Shadowplay" option to continuously capture a stream, then broadcast it to Twitch, other players, or YouTube as an upload. NVIDIA said that the feature can save the last 5 to 20 minutes of game play at up to 4K (3,840 x 2,160) with very little performance hit. Players can also send a live game stream to Twitch via the "broadcast" feature.

The game stream co-op feature, meanwhile, works not unlike Sony's Share Play. You can invite friends -- who presumably need a GeForce Experience-compatible graphics card and Share access as well -- then stream it over the internet with low-latency. From there, they can watch you play, take control and show you how it's done, or join you for co-op play. NVIDIA didn't say if your graphics would take a hit like they do on Sony's Share Play, but it likely depends on your hardware and internet speed. If you're interested, you can now grab the beta from NVIDIA's GeForce Experience site.

Source: NVIDIA
In this article: Broadcast, Co-op, GeForceExperience, In-game, InstantReplay, nvidia, Overlay, SharePlay, Streams, video, YouTube
All products recommended by Engadget are selected by our editorial team, independent of our parent company. Some of our stories include affiliate links. If you buy something through one of these links, we may earn an affiliate commission.